On September 6th at 0:00 UTC, Monster Hunter: World will receive its first major update, addressing the game's remaining connection issues, addressing a long list of bugs and adding new content to the title.

With this update, revision number 152771, a new monster called the Deviljho will be added to the game, alongside associated weapon and armour sets. This new creature will invade level 6 and 7 quests and during high ranking expeditions.

The highlight of this update will be the fixes for Monster Hunter's connection issues, but PC players will also be glad to know that the huge performance penalties from using thunder elemental effects have also been addressed, enabling higher framerates in affected scenarios. 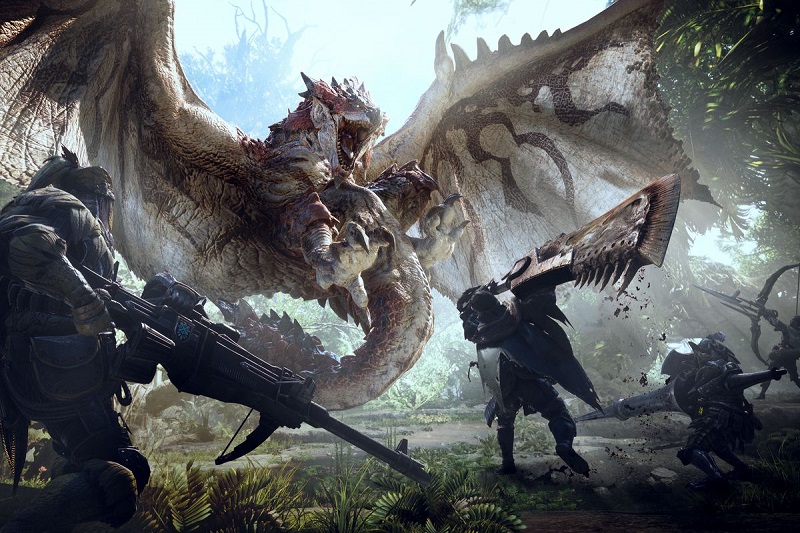 - Added a new monster: Deviljho! (Includes new Deviljho weapons, and the Vangis α and β armor sets.)
- Note: Deviljho will invade 6? quests, 7? quests, and high rank expeditions once you have completed the investigation for the "??? Rathian" in the main story. After completing certain conditions, you will unlock the Deviljho special assignment.
- Added a new specialized tool: Dragonproof Mantle.
- Added a new costume for The Handler: Astera 3 Star Chef Coat (Downloadable Content).

- Fixed remaining connection issues that were causing excessive error messages.
- In the event a host is disconnected from a session, they will be reconnected as long there is a guest remaining in the session.
- In the event that you are disconnected from Steam, it will attempt to reconnect and will not display an error message unless the reconnection fails.
- Fixed issues that would slow down processing in certain conditions:
- When a large amount of thunder element effects are displayed
- When breaking off parts of Bazelgeuse's back
- Fixed a bug where some players could not exit the Poogie menu when changing their Poogie's name.
- Fixed a bug where Limited Bounty information would be lost when accessing the bounty list at the Resource Center in offline mode.
- Fixed a bug where the help text for setting Online Sessions to private provided incorrect information.
- Before: Make your Online Session invisible to searches. (Players can still join with the ID or via invitations.)
- After: Make your Online Session invisible to searches. (Players can still join with the Online Session ID.)
- Fixed an issue in Arabic where the "Groups" guild card title was not consistent with other titles (guild card titles are displayed in English).

You can join the discussion on Monster Hunter: World's new PC patch on the OC3D Forums.