MSI has added to its website what could be its most powerful RTX 2080 Ti graphics card to date, delivering gamers 16Gbps GDDR6 memory, an industry first, offering users more than 14% more memory bandwidth than before. This graphics card is MSI's RTX 2080 Ti Gaming Z Trio. This GPU listing was first spotted by Videocardz.

Today, several things can limit GPU performance, be it memory bandwidth, core clock speeds or the individual execution units which underly each graphical architecture. These limitations will change on a game-by-game basis and will vary across each section of a given product stack. In today's market, memory bandwidth can be a substantial limiting factor for specific hardware configurations.

With Nvidia's GTX 1660 Super, all that Nvidia changed was the graphics card's memory configuration. GDDR5 was replaced with GDDR6, and with that change alone, Nvidia delivered GTX 1660 Ti performance levels with a graphics card with a significantly weaker GPU core in most modern games. On the high-end, this could also hold true with the RTX 2080 Ti, especially at ultra-high resolutions like 4K. 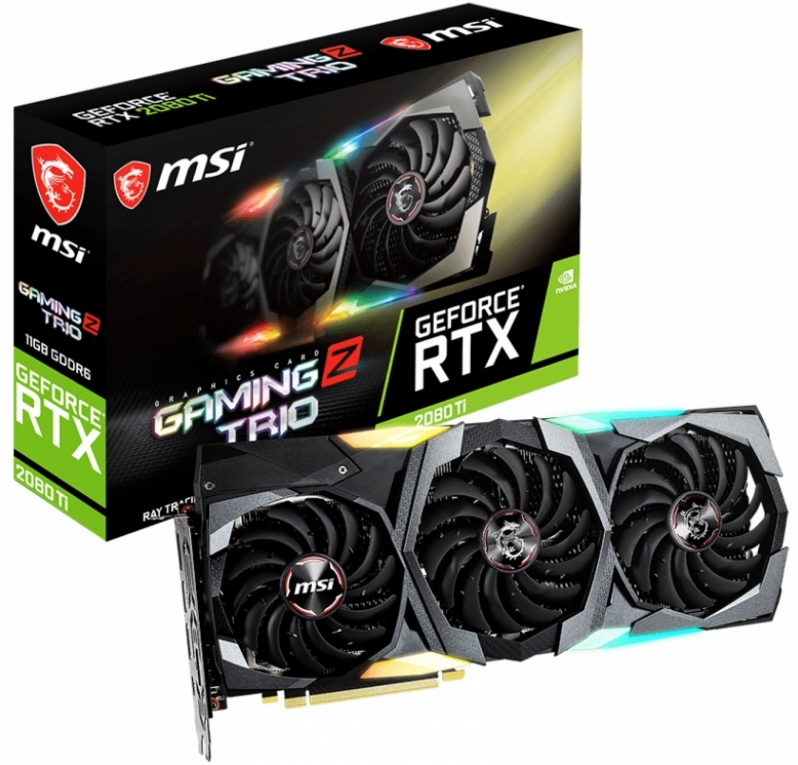 You can join the discussion on MSI's RTX 2080 Ti Gaming Z Trio graphics card on the OC3D Forums.

trawetSluaP
Can't literally all 2080 Ti's have the memory OC'd to this and beyond anyway? Last minute cash grab before the release of new cards?Quote

WYP
Quote:
No, not all of them can do that. These are 16 Gbps rated chips. There's a reason why most things on the market use 14Gbps memory.

The only other GPU to use 16 Gbps modules in the RTX 2080 Super, which then locks these chips to 15.5 Gbps because of potential board-related interference issues.

I'm sure most RTX 2080 Ti GPUs will support memory clocks to a certain extent, but not to 16Gbps.

Also, I'm not sure if this can be called a "last-minute" cash grab when future RTX series graphics cards appear to be around 6 months away, if not longer.Quote

trawetSluaP
Pretty sure most 2080Ti cards with Samsung memory will hit or get very close to 16Gbps.

Maybe not last minute but certainly stretching out (or eking) out the performance haha.Quote

Either way I'm surprised no-one had done it before.Quote
Reply