Both games target 'Late 2021' launch dates but could be delayed

During the company's H1 2021 earning presentation, CD Projekt Red revealed that their next-generation version of Cyberpunk 2077 and The Witcher 3 are both due to launch in late 2021, but that the studio cannot guarantee that either, or both, games wouldn't be delayed.

When discussing the release dates of both games, as transcribed by Video Game Chronicle, CD Projekt Red's Michal Nowakowski stated that the company has learned lessons from the release of Cyberpunk 2077 and that the production schedule of both next-generation releases is subject to change.

Cyberpunk 2077 is due to be patched for Xbox Series X/S and PlayStation 5 to enable improved visuals and new features for both platforms. Currently, both systems are running Cyberpunk 2077 in backwards compatibility mode, albeit with higher framerates and higher quality visuals than the game's last-generation versions.

The target is to release the next-gen version of Cyberpunk 2077 late this year. At the same time, keeping in mind the lessons we have learned during the past year and taking into account that this project still remains in development, we can’t say with full certainty that the production schedule will not change.

With The Witcher 3, the situation is slightly different in the way that this is being tackled by the external team mainly, which is Saber Interactive, the company that we have worked with before on Switch and also with updates in the past. As with Cyberpunk 2077, our goal is to release that game still in late 2021. However, similarly, the development process is ongoing, and we cannot be absolutely dead certain that the release schedule will not change. But for the time being, we definitely are aiming with both titles for late 2021 and I don’t want to be more specific at this moment in time.

The Witcher 3 is currently getting a next-generation update for PC, Xbox Series X/S and PlayStation 5, giving the game enhanced visuals and free DLC inspired by The Witcher's Netflix series.

This next-generation update is being made by Saber Interactive, who previously worked on the PS4 Pro, Xbox One X and Switch versions of The Witcher 3. At this time, it is unknown what graphical changes will be made to The Witcher 3's next-generation version, aside from the fact that it will deliver a "range of visual and technical improvements" that will "take advantage of the most powerful gaming hardware". These upgrades should include ray tracing (on supported hardware) and faster loading times (on consoles). 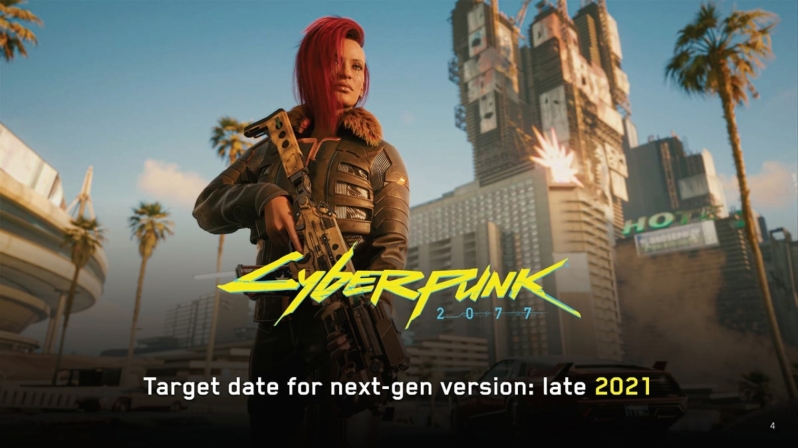 Owners of The Witcher 3 on PC, Xbox One and PlayStation 4 will be able to access the game's next-generation version for free on their respective platforms. The game will also be available to purchase a standalone title for PlayStation 5 and Xbox Series X/S.

Below is what CD Projekt Red's Michal Nowakowski had to say about The Witcher 3's PC upgrades. In 2021, The Witcher 3 will look better than ever on PC.

You can join the discussion on The Witcher 3 and Cyberpunk 2077's next-generation versions on the OC3D Forums. 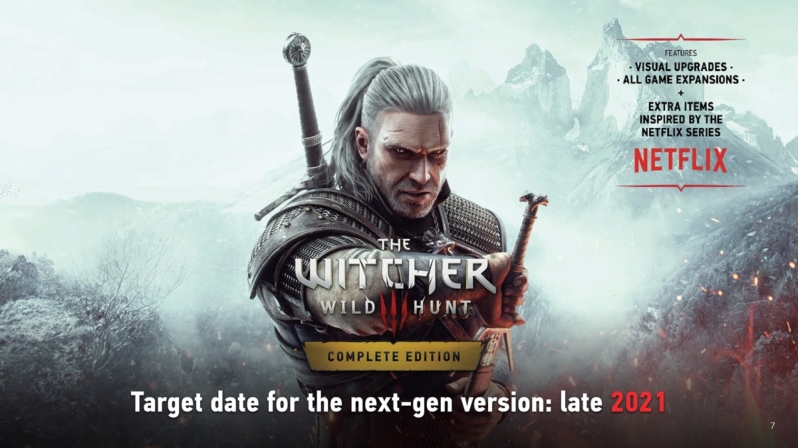 I'd rather they delay the Witcher and have a smooth patch. Don't tarnish the reputation of Witcher 3 considering how prestigious the game is upheld by the gaming community.Quote

Dicehunter
I hope on the PC upgrade side of things they include RT reflections and possibly AMD's FSR or Nvidia's DLSS.Quote

Warchild
Quote:
The Witcher III - The Purge of NetflixQuote
Reply