Square Enix has confirmed that Patch 1.03 for Replicant Ver.1.22474487139's PC version will be released on June 21st, an update that promises to address the game's framerate and display issues.

NieR Replicant ver.1.22474487139's Steam patch is due to release on June 21st at 9 AM PDT and 5 PM BST. This patch is designed to address issues with the game's Framerates, make the game run better with Nvidia's Geforce Experience, address Game freezing, and fix other minor bugs. 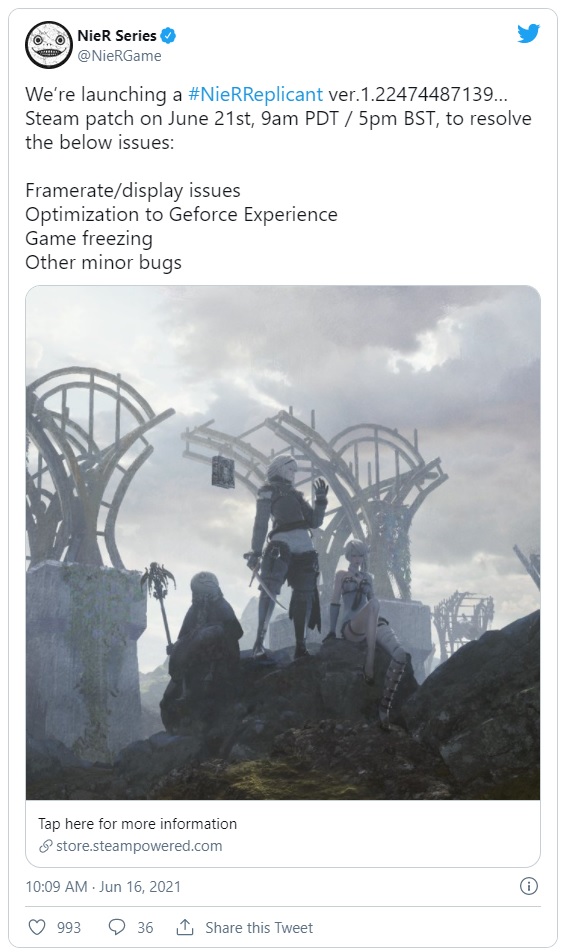 You can join the discussion on NieR Replicant's upcoming PC patch on the OC3D Forums.

The soon to be released Steam patch version 1.0.3 will apply fixes that allow the game to run at a stable frame rate of 60fps.

The technical specifications for this title do not guarantee correct operation at over 60Hz, and there is a bug in the code which leads to the game running at a higher than intended speed if 60Hz is exceeded.
We understand that there are a number of customers who have already adjusted their PC settings in order to run the game in a stable state. If such adjustments have not been carried out, the application of this patch can lead to changes in performance for customers who meet the following conditions:

A. Players who have changed the vertical synchronisation (V Sync) settings from their PC’s control panel to overwrite the application’s standard operating behaviour.

- The game will previously have run at high speed, but will now be adjusted back down to the original speed envisaged by the developers.
This change may make the gameplay feel slower, but it is the correct speed for this game.

B. Players using a display with a refresh rate other than 60Hz

- There was previously a chance that the game would not run at 60Hz, despite the GPU having sufficient specifications to do so, but this has now been fixed so it will always run at 60Hz.
The game will run at 60Hz, but there is a chance that the screen will stutter if the display is not updated at 60Hz, with the effect becoming more severe the greater the discrepancy with the refresh frequency is.

If you are experiencing issues with screen stutter, this can be improved by trying one of the following fixes:

a. If you are using an environment that supports dynamic frame rate synchronisation, such as G-SYNC or FreeSync etc, go to the options screen and run the game in full screen mode.
b. If you are able to change refresh rate settings for your display, set it to 60Hz.

If you are unable to change the settings required above, or would prefer to play in the state prior to applying the patch, it is possible to reverse some of the fixes in the patch using the method detailed below:

1. Change some of the settings on the game options screen and then save the changes.
2. A file will be created in [My documents]/My Games/NieR Replicant ver.1.22474487139/Steam/{SteamID}/drawing_settings.ini
3. Open that file using a text editor such as notepad etc.
4. Overwrite “FpsControlDisable=0” with “FpsControlDisable=1”.
5. Close the game application and then re-start it.

*Playing in this mode can cause unintended behaviour or visual presentation, so it is strongly recommended to play using the latest patch. 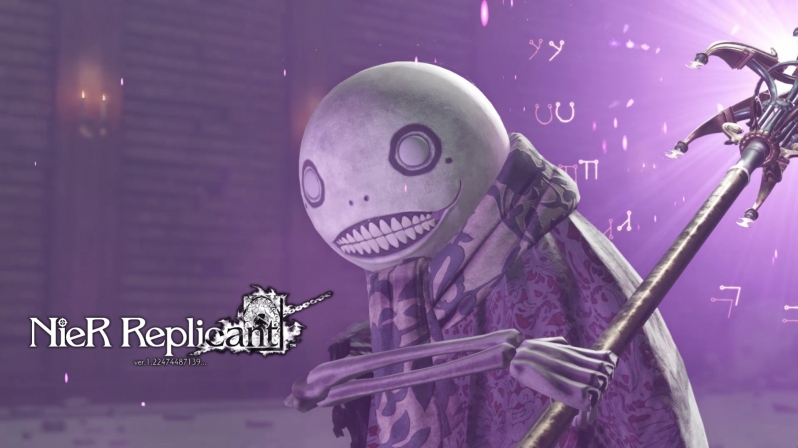