It was only a matter of time

Super Mario 64 is now available to play on PC, and Nintendo doesn't like that. As predicted, Nintendo has started to take legal action against the unofficial PC port of Super Mario 64; and has already taken down the game's PC version from many forums, hosting sites and other sources.

This unofficial PC port of Super Mario 64 allows the game to be played with modern gamepads, run at higher resolutions than the game's 240p original and enables proper 60 FPS playback, making the game's PC version superior to the game's original release. Even so, Nintendo needs to protect its copyrights and trademarks, despite the age of Super Mario 64.

This PC version of Super Mario 64 was created thanks to the game's recent decompilation, which has allowed modders to access the source code of Mario 64. This has allowed a native PC port of Mario 64 to be created. Regardless, the port still breaches Nintendo's copyrights, making Nintendo justified in its actions against the port. 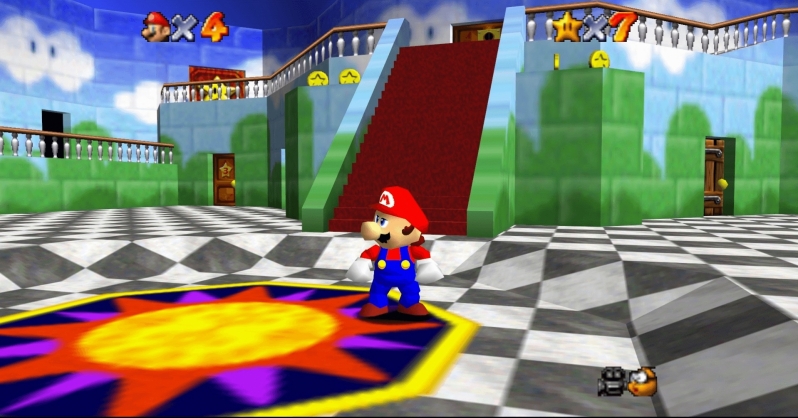 You can join the discussion on Nintendo's actions against Super Mario 64's unofficial PC port on the OC3D Forums.

g0ggles1994
Bit of a delayed reaction considering how fast they normally are, haha.
They're too late though, it's created a storm and being distributedQuote

Dicehunter
The video game industry really needs to wake up, There are thousands of games that are simply gone because greedy fat old men worship money, Tired of this copyright culture that the greedy fat seem to love.

1 of my all time favourite games is Skies of Arcadia that was originally on the Sega Saturn and then later on the Nintendo Gamecube, I either have to chance buying a copy from ebay, Which I have and it came scratched to hell unable to play, Or emulate it and download it from some source and risk being sent a fine by some shyster lawyer.

smilertoo
I suspect they were deliberatly slow to react, they wanted the game out there but have to be seen to protect their IP/Trademarks or lose them.Quote

WYP
Quote:
Emulators in themselves aren't illegal, though they are a bit of a grey area. Mostly seems to depend on how you get your roms. I'm no expert though.

This is why I think it's nice to see Microsoft working so hard to get backwards compatibility working on the Series X and sometimes make games even better with Xbox One X and Series X enhanced versions.