Now is a great time to buy Stellaris

Get the base game and seven DLCs for less than £11

Now is a great time to buy Stellaris

If you have been waiting for a good time to get into Stellaris, now might be your best opportunity to date. Right now, the Humble Store is offering PC gamers Stellaris and a lot of its DLC packs for bargain prices as part of their Humble Stellaris Discovery Bundle, offering gamers the base game for $1/£0.70 in the US/UK.

For £10.60, PC gamers can get access to Stellaris and seven of the game's premium DLC packs, giving strategy fans more than enough reason to explore and conquer the galaxy.

Stellaris is a space-based 4X game from Paradox Interactive, allowing gamers to take control of a civilization that's seeking to explore the galaxy. Players can colonise the cosmos, research advanced technologies and expand their influence through diplomacy, warfare or both. With Humble's current pricing, now is a great time to get into Stellaris, whether you are interested in playing the base game or the game with its various content packs.

Below are the Humble Stellaris Discovery bundle's three bundle tiers: 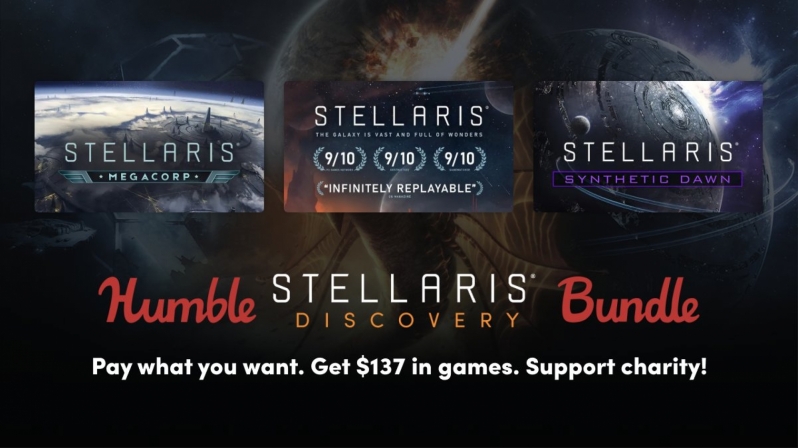 This bundle is a mist for grand strategists and a great way for existing Stellaris fans to pick up some of the game's DLC packs on the cheap. PC gamers can purchase their low-cost copy of Stellaris over on the Humble Store.

You can join the discussion on the Humble Stellaris Discovery Bundle on the OC3D Forums.