Nvidia has confirmed that their Geforce Now PC game streaming service will be expanding to Turkey, Saudi Arabia and Australia later this year, thanks to deals with telecom providers, allowing the company to set up servers within these nations.

Through Geforce Now, PC gamers can gain access to cloud-based RTX PCs to deliver PC games to a wide range of mobile devices, bringing the power of Geforce PCs to low-power laptops, mobile phones and other underpowered devices.

Thanks to Nvidia's new gaming partnerships with telecoms providers, Geforce Now will be arriving in Australia, Turkey and Saudi Arabia later this year, extending Nvidia's reach within the cloud gaming market. Through this service, Nvidia's offering access to low latency RTX-powered cloud PCs to the masses which support a large library of PC titles, hardware-accelerated ray tracing and Nvidia-only features like DLSS.

Bringing cloud gaming to Turkey, in collaboration with their new gaming platform, Turkcell recently announced GeForce NOW Powered by GAMEPLUS. Gamers who want to get a leg up can visit the GAME+ page to pre-register.

Zain KSA, the leading 5G telecom operator in Saudi Arabia, is nearing a formal launch of its GeForce NOW service. The launch will bring GeForce NOW into the country for the first time.

Australian gamers can look forward to PC gaming on nearly any device later this year.

Stay tuned as we work with additional partners to bring cloud gaming to new regions throughout 2021 and beyond. 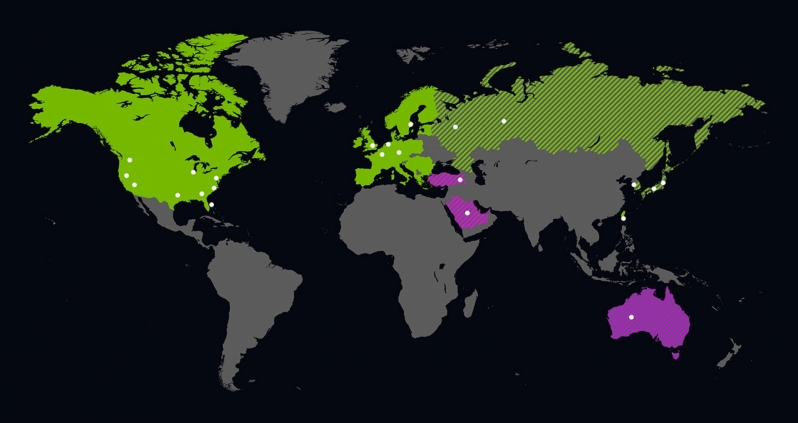 You can join the discussion on Nvidia plans to expand their Geforce Now service on the OC3D Forums.

dazbobaby
I've just tried GeForce Now and it's actually quite good.
I'd like to see 4K HDR, but I'm not complaining, it runs everything I threw at it at 1080p Ultra.

And of course, it's still βeta
Not bad at all for £25 for 6 months.Quote
Reply