Is your PC ready for Guardians at 4K?

What do you need to play Marvel's Guardians of the Galaxy with ray tracing?

Nvidia is the PC hardware partner for Marvel's Guardians of the Galaxy, and that means two things, ray tracing and DLSS support. To compliment Square Enix's official PC system requirements for Marvel's Guardians of the Galaxy, Nvidia has released their own set of hardware requirements for the game. Unlike Square Enix, Nvidia has included resolution and settings targets.

For non-raytraced workloads, Nvidia's requirements are the same as Square Enix's, with the game's minimum and recommended system requirements targetting 1080p low settings and 1440p high settings, respectively. When ray tracing is used within the game, higher-end PC hardware is required to achieve playable framerates. That said, Nvidia's RTX 2060 appears to be strong enough to run the game at 1080p with ray tracing enabled.

For 4K Ultra settings with Ultra RT, graphics cards like Nvidia's RTX 3080 are required. Sadly, Nvidia has not specified whether or not their performance-boosting DLSS technology is factored into these estimates. If not, that means that 4K will be achievable with lower-end RTX series graphics cards, thanks to DLSS. If not, this means that Marvel's Guardians of the Galaxy will be in an incredibly demanding game on PC with Ray tracing enabled. 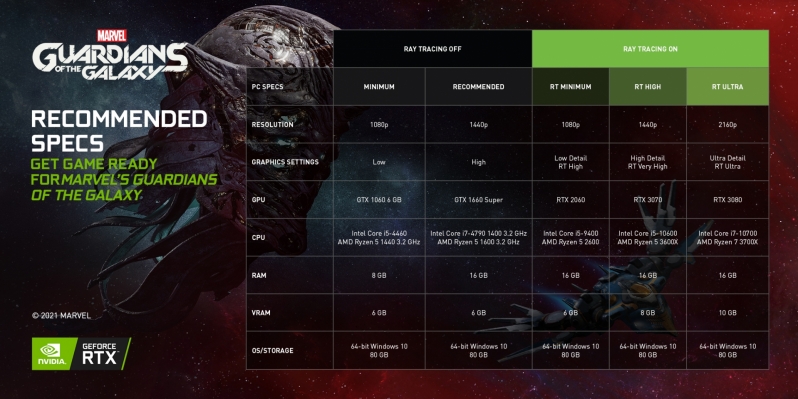 Marvel's Guardians of the Galaxy will be available on PC digitally through Steam and the Epic Games Store on October 26th.

You can join the discussion on Nvidia's Marvel's Guardians of the Galaxy's PC system requirements on the OC3D Forums. 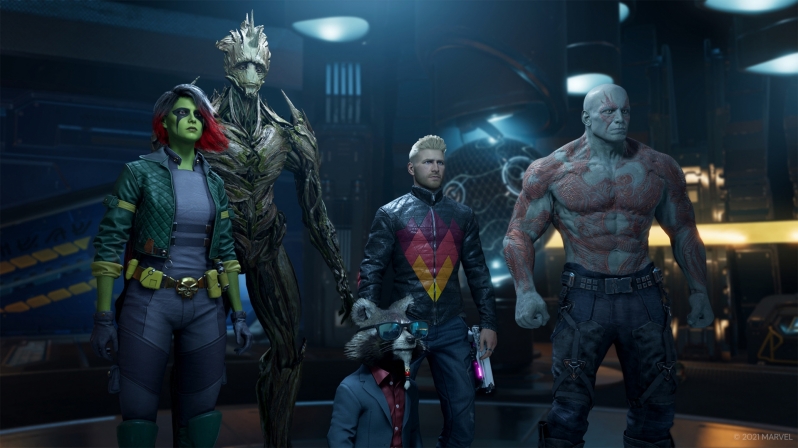