Last month, Nvidia released a DLSS plugin for Unreal Engine 4, allowing game developers to implement support for its AI-powered upscaling technology without any assistance from the company. One month has passed, and Nvidia's plugin is already dividends, as two games have already implemented DLSS into their Unreal Engine 4 games.

Night Dive Studios has confirmed that it took them a few days to implement DLSS into the PC demo for their System Shock remake, which is due to launch this summer on PC. Within their demo, Nvidia has reported that DLSS 2.0 can push all RTX series graphics cards above 144Hz framerates at 1440p and to 120Hz+ at 4K with RTX 3060 Ti GPUs or better.

Thanks to Nvidia's DLSS 2.0 plugin, game developers now have little reason not to implement support for DLSS into their Unreal Engine 4 projects. For Night Dive Studios, DLSS was an addition that the developers added "over the weekend". If it's that easy, we should expect DLSS to become a lot more popular within future Unreal Engine game releases.

The main benefit of DLSS is its ability to increase framerates while having a small impact on a game's graphics quality. DLSS's' higher quality modes, DLSS can often look better than a native resolution game rendering, though this can vary on a game-by-game basis.

With image quality levels that are often marginally different from native resolution rendering, DLSS' performance-boosting nature can often be considered a free performance upgrade for gamers. With DLSS, Nvidia's RTX 3060 Ti can outperform an RTX 3090 without DLSS. DLSS allows Nvidia graphics cards to perform at levels that are well outside their weight class. 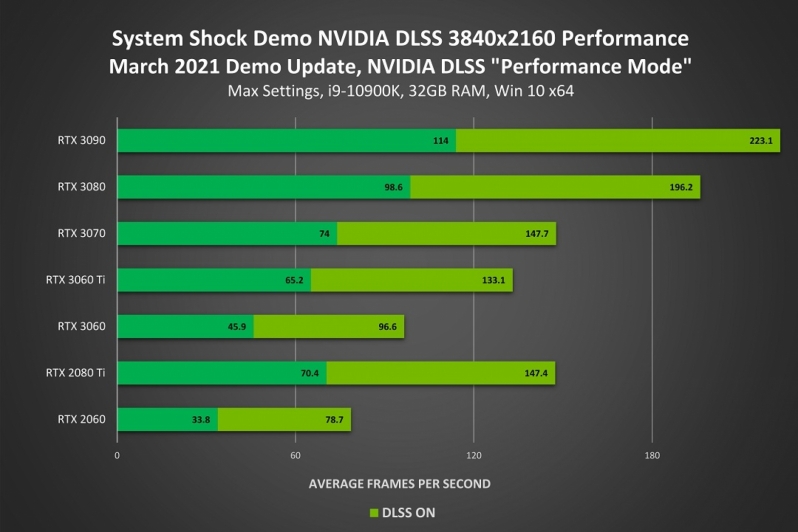 Within a pre-release demo of The Fabled Woods, Nvidia's DLSS technology can be used to more than double the game's performance when using the titles Epic Preset.

The Fabled Woods utilises ray tracing, offering users ray-traced reflections, ray-traced shadows, and ray-traced global illumination. These features put a lot of strain on all ray-tracing compatible graphics cards, and DLSS can be used to reduce the strain on the RT cores within these GPUs and more than double game performance. To say that these performance boosts are transformative is an understatement. 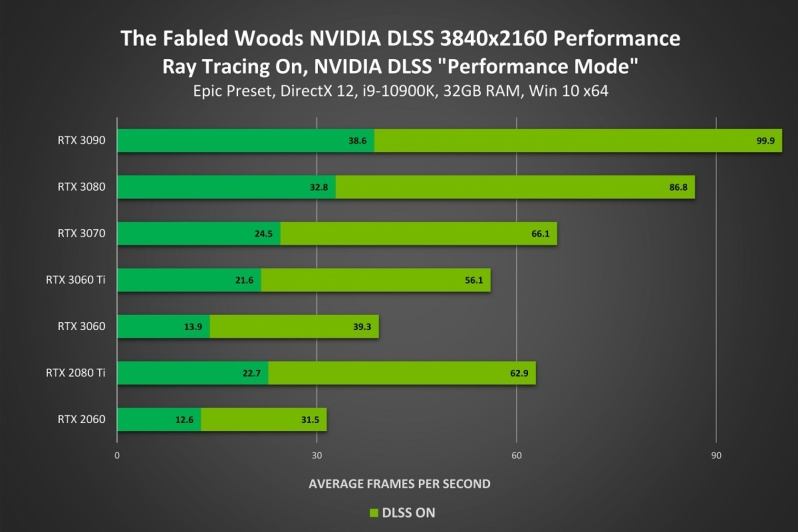 The time and effort that Nvidia has put into their DLSS plugin for Unreal Engine 4 is paying off, and gamers should expect to see DLSS implemented into a lot of new games because of this.

You can join the discussion on Nvidia's DLSS plugin for Unreal Engine 4 already paying off on the OC3D Forums.