PC gamers can now transfer their Bethesda.net games to Steam

Bethesda.net users are soon going to have fewer game launchers on their systems

Bethesda.net is closing down and you can now move your games to Steam

Earlier this year, Bethesda confirmed that they were sunsetting their Bethesda.net PC game launcher, announcing that they planned to allow their users to transfer their games to Steam free of charge. This move will give PC gamers one less launcher to worry about, and merge more of their game library onto a single storefront.

Starting now, PC gamers can now log into their Bethesda.net accounts and start transferring their games to Steam. The process is simple, link your Bethesda.net and Steam accounts, and start the transfer using this link. We completed this process in minutes.

For many games, the move from Bethesda.net to Steam will be a simple one. Most PC gamers use Steam, and many Bethesda.net games will have their game saves migrated automatically. That said, some games will require manual save file transfers. More information about this process is available on Bethesda's FAQ. 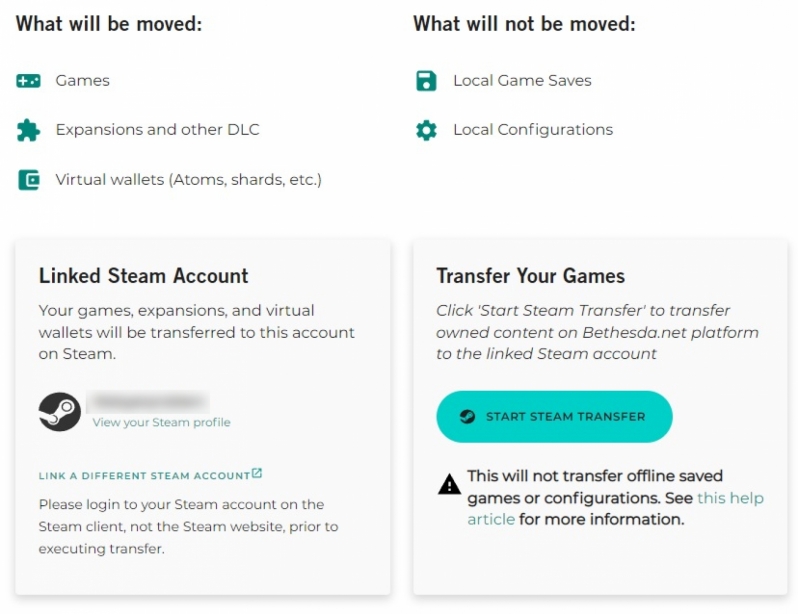 While Bethesda.net is getting retired, Bethesda.net accounts will continue to be used for future Bethesda titles under specific circumstances.

So, if you want to move your Bethesda.net games to Steam, now is your chance.

You can join the discussion on Bethesda.net users now being able to transfer their game libraries to Steam on the OC3D Forums.

Dicehunter
I had Fallout 76 on there, Not a great loss if it goes bye bye XDQuote

Legacy-ZA
EA and Bethesda seem to have gotten the message, NEXT!Quote

AlienALX
Thanks for the reminder. Just transferred my 10 games over.Quote
Reply