Many game developers are starting to move away from physical game sales, and part of this process for Activision appears to be making their physical game copies useless disks. If their disks are turned into digital download keys, consumers will not be as mad when Activision's future games become digital only releases. To put it another way, Activision is going all digital while still having a presence on store shelves, something which they can axe whenever it suits them. 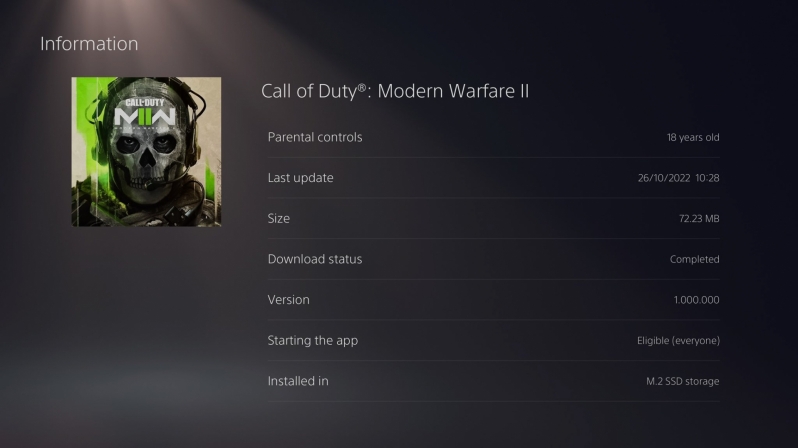 It would have been nice if Modern Warfare 2 disks contained something more than a digital download key. Ideally, Call of Duty: Modern Warfare's single-player campaign should have been available on disk, allowing it to remain playable even if the game's servers are taken offline. As it stands, there is little reason to buy a disk-based copy of Modern Warfare II, with the only perk being the ability to sell your disk-based copy of the game after you are finished with it.

You can join the discussion on Modern Warfare II's physical copies containing 70MB of data on the OC3D Forums.

Warchild
In a world where we are trying to go Green, we have the Activision clowns pulling a stunt like this.

They could have scrapped physical copies altogether and helped reduce unnecessary waste, as well as think of the consumer by dropping the price thanks to the money saved. But I suppose this is Activision afterall!Quote

NeverBackDown
Gotta love having 1.2TB data cap and one game takes 1/10th of that in one sitting. Not to mention the massive updates that will inevitably come.Quote

dazbobaby
My nephew live in luddendenfoot and can barely get 400KB a second download.
He has to bring his console over here to download these games and patches.