Sony expects to make $300 million from PC games this year

Sony's commitment to the PC games market is part of the company's long-term strategy for PlayStation, with Sony moving beyond its first party hardware ecosystem to become a company that's more deeply integrated into the broader gaming market.

This year (FY22), Sony hopes to earn over $300 million through PC game sales. That's a 3.75x increase over what they earned in their 2021 financial year. What this means is that we can expect to see many new PlayStation games arrive on PC before March 2023, the end of Sony's next financial year.

Though the PC games market, Sony hopes to sustain PlayStation's "exponential growth". So far, Horizon Zero Dawn, Days Gone, and God of War have all bee hugely successful on PC, with each game selling hundreds of thousands of copies on the platform. That said, Sony will need to release multple new PC games this year if they want to hit their $300 million earnings target.

The next PlayStation Studios game to arrive on PC this year is the Uncharted Legacy of Thieves Collection, which currently lacks a firm PC release date. 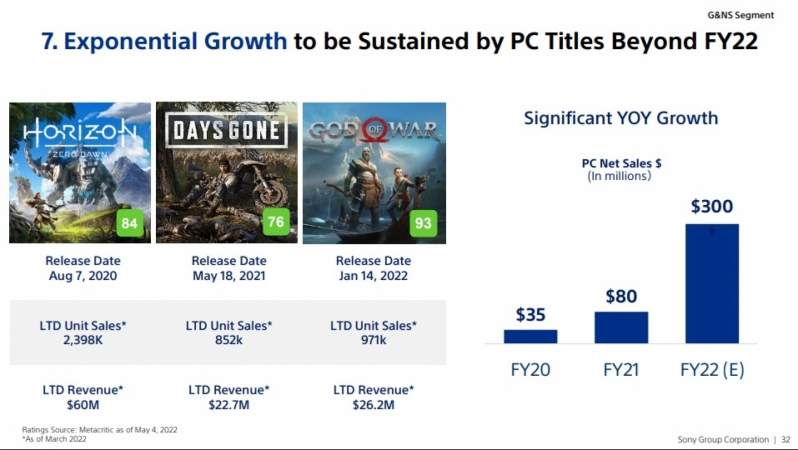 Over the next few years, Sony hopes to accelerate their PC game development efforts and use that growth to significantly increase the company's gaming revenues. This will allow Sony to invest more in its first party gaming lineup, as introducing their games to the PC market will increase Sony's first-party earnings, and those earnings will allow Sony to invest more, and profit more, from their first party games. 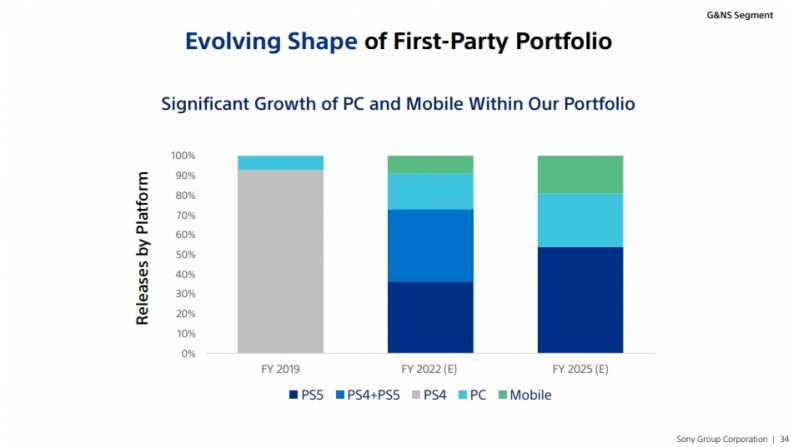 Over the next few months, we expect to see Sony announce several new PlayStation games that will be coming to PC during the current financial year.

You can join the discussion on Sony's plan to release almost half of their games on mobile or PC by 2025 on the OC3D Forums.

NeverBackDown
Quote:
Which one? There's been handfuls of spiderman games? Just curiousQuote

Dicehunter
Quote:
All of them !

Peace Đ
For the love of Kratos, please release God of War RagnarĂ¶k at the same time on PC