Portal 2 is almost 10 years old, and the game is Still Alive!

Portal 2 is almost 10 years old, but it is far from being a dead game. This week, Valve has confirmed that Portal 2 is still alive, releasing a new update for the game that delivers a ling list of bug fixes and support for a new Vulkan renderer.

Right now, Portal 2's Vulkan render is only available using the "-vulkan" command line parameter, which means that gamers will need to enable the feature within Portal 2. Portal 2's latest update also reduced compile times for Perpetual Training Initiative puzzles, a change which will come as great news for those who are still making custom content for the game.

With Portal 2's Vulkan renderer being an optional feature, it is likely that Portal 2 will continue to be updated on PC. Perhaps Valve has plans to release a 10th anniversary edition of the game later this year or launch new versions of the game for modern consoles.

One feature that Valve has added is "Smarter default video settings", "improved resolution" player avatars, "rendering optimisations", and have allowed the game's portal gun to be "correctly affected by dynamic light", features which only make sense if Valve has future plans for Portal 2 and the Portal franchise as a whole.

The launch of Half-Life Alyx has revitalised Valve's game development efforts, and that makes the release of games like Portal 3 seem increasingly likely. If Portal 3 is coming, it would make sense for Valve to re-release Portal 2 for modern systems, which would require some enhancements. 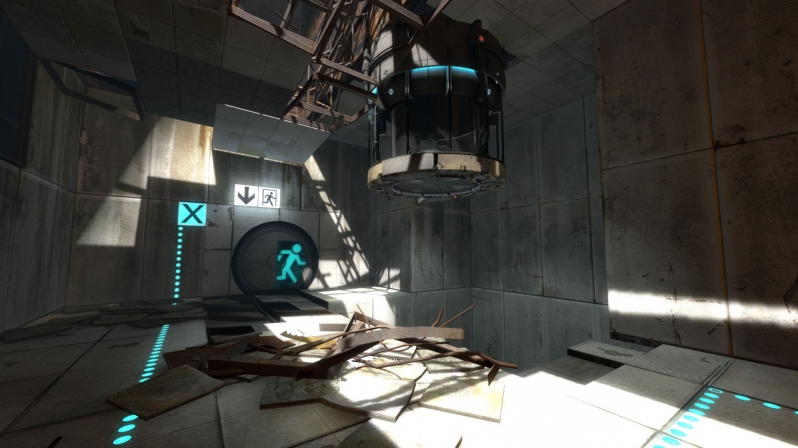 You can join the discussion on Portal 2's latest update on the OC3D Forums.

An update has been released for Portal 2.

- Implemented a Vulkan render backend (currently accessible through the -vulkan command line parameter).
- Improved compile time for Perpetual Training Initiative puzzles.
- Improved advanced video settings descriptions.
- Made the game Hi-DPI aware.
- Smarter default video settings.
- Improved resolution of player avatars throughout the game.
- Players can now be invited to play co-op on controller.
- Button text contrast and padding has been improved when using a controller.
- Implemented a 360° Spin action.
- The portalgun is now correctly affected by dynamic lights (projected textures) in the scene.
- Improved client-side prediction for coop play.
- Added the ability for workshop levels to pack particles into their map with a particles/map_manifest.txt
- Misc. rendering optimizations.
- Added an icon to the game on Linux.
- Removed the "Trading Coming Soon" button.