Several sources (1,2,3) have reported that Amazon will be offering PC gamers access to nine games are part of their Prime Gaming subscriptions this October, including heavy hitters like Star Wars: Squadrons, Alien Isolation, and Ghostrunner.

Prime Gaming is part of Amazon's regular Prime subscription, which means that all Amazon Prime customers can access these PC games at no extra cost. These free games will be available in October alongside free gaming content for other popular titles like Grand Theft Auto Online, League of Legends, New World, and Genshin Impact.

Below is a list of games that will be available for free those October through Prime Gaming. 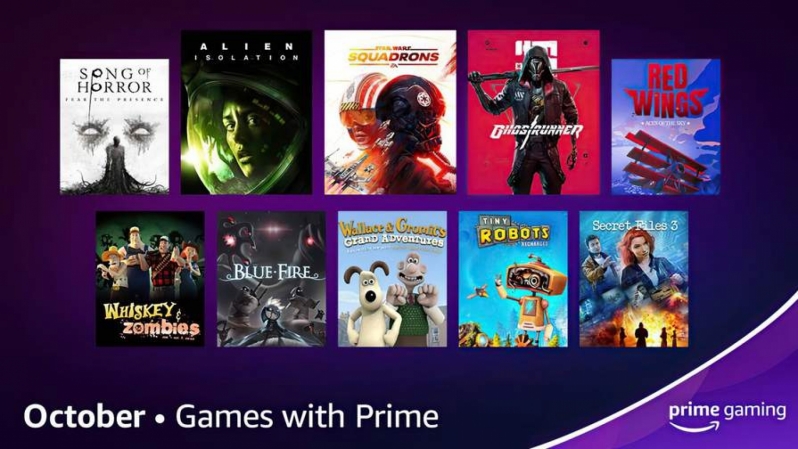 You can join the discussion on Amazon's October 2021 "Games with Prime" on the OC3D Forums.

KingNosser
nice selection of games, own the best ones already thou

Dicehunter
So how do you actually get these games ? Redeem them on Steam or something ?Quote

KingNosser
Quote:
You redeem them via twitch and access them via amazon app it should direct you from twitch to the app, it's a basic app but it does what's needed unless it's a key for steam/origin ect easy to redeem and download anyways.

just depends on the service as to where you DL them.Quote

Dicehunter
Quote:
I hope it redeems via Origin or Steam, I don't really want a 7th game client

Warchild
Quote:
probably through steam. Otherwise they would have pushed their MMO through their own client too which we know is on steam,Quote
Reply