Prince of Persia: The Sands of Time Remake has been delayed... again...

Prince of Persia is coming home to Ubisoft Montreal.

Prince of Persia Remake's development has been moved to Ubisoft Montreal

Ubisoft has confirmed that their Prince of Persia: The Sands of Time Remake has once again been delayed, this time because the game's development is being moved over to Ubisoft Montreal, the studio that created the original Prince of Persia games.

Previously, the remake was being made by Ubisoft Pune and Ubisoft Mumbai. At this time, it is unknown why both studios have been pulled back from the game's development, though it seems obvious why Ubisoft Montreal was selected to replace them. 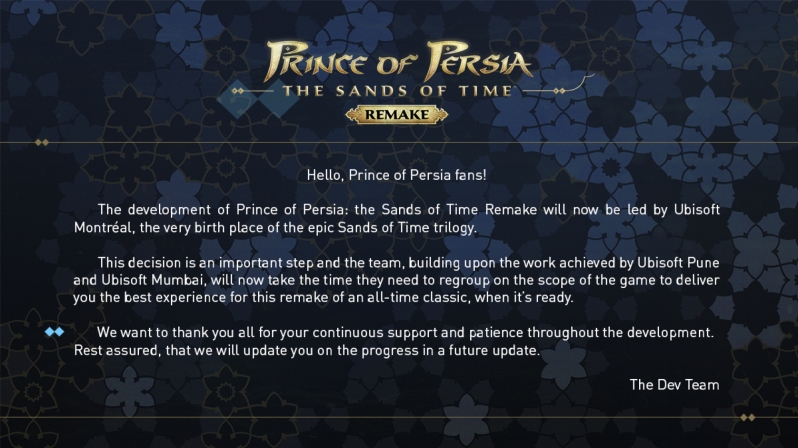 You can join the discussion on Ubisoft moving Prince of Persia's development to Ubisoft Montreal on the OC3D Forums.

Legacy-ZA
I don't mind if it's proper remakes, like Resident Evil 2 / 3Quote
Reply