Prince of Persia: The Sands of Time Remake will not be present at Ubisoft Forward

The Prince of Persia needs a lot more polish

Prince of Persia: The Sands of Time Remake will not be present at Ubisoft Forward

In a new announcement via Twitter, Ubisoft has confirmed that their remake of Prince of Persia: The Sands of Time will not be showcased at Ubisoft Forward, the company's E3 2021 Gaming Event.

In addition to this confirmation, Ubisoft has announced that their Prince of Persia The Sands of Time Remake will not be releasing this year. The publisher has confirmed that the game will be released in 2022, with the game's developers claiming that they are making "great progress".

As some of you will remember, Ubisoft's initial reveal of their Prince of Persia Remake did not go down well, with the game offering sub-standard visuals when compared to other modern remakes. Since this botched reveal, Ubisoft has been working to improve their remake, which hopefully means that the game's visuals will be receiving an extensive overhaul.

Ubisoft's E3-style Forward event will be hosted on June 12th at 8 PM BST. Here, the publisher is due to showcase Far Cry 6, Rainbow Six: Extraction and other new titles. 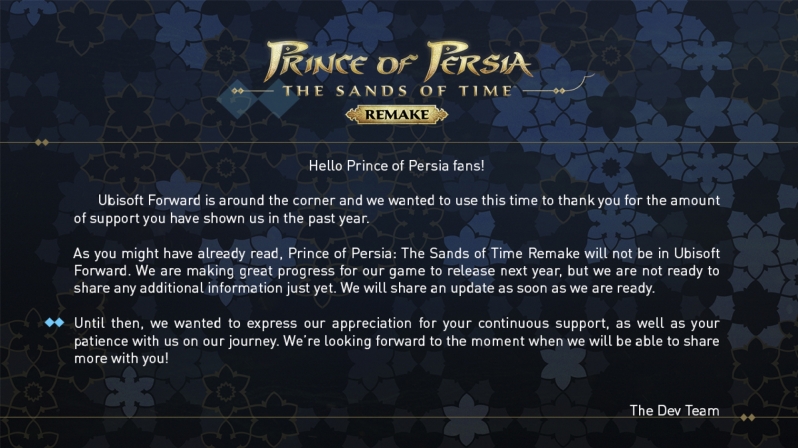 You can join the discussion on Prince of Persia: The Sands of Time Remake skipping Ubisoft Forward on the OC3D Forums. 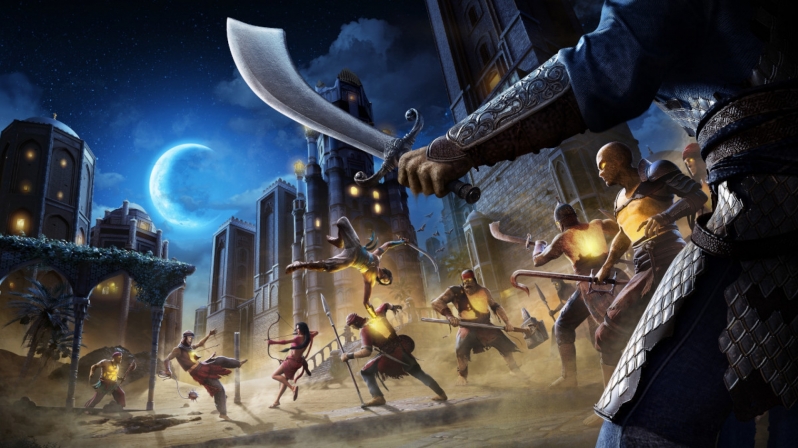