Crytek has just released new updates for every game in the Crysis Remastered Trilogy, offering gamers bug fixes, boosted performance and other improvements.

Crysis 3 has undoubtedly received the largest upgrade, as today's update has addressed a "critical performance bug" on AMD graphics cards, resulting in a 20-50% performance uplift within the game. On top of that, Crysis 3 Remastered' DLSS implementation has been improved and 60 FPS animations have been added to two more weapons.

Crysis 2 Remastered now has a fix for a memory leak that impacted users of the game's PC exclusive ray tracing feature, a bug that resulted in performance issues if gamers played the game for extended periods of time. On top of this, the update also offers gamers "general ray-tracing improvements". Full patch notes for the Crysis Remastered Trilogy's latest updates are available at the bottom of this article.

Below is what Crytek's community and social media manager for Crysis had to say about these updates.

I'm Utku, community and social media manager for Crysis at Crytek. We'd like to thank you all for your support as well as the very positive reaction to the release of the Trilogy last week. We wanted to let you all know that we've been listening to your feedback and we're aware of the issues some of you have been experiencing since release. We're working hard on new PC and console patches to improve the games in the near future.

The update for Crysis 3 Remastered comes with some performance improvements for those with AMD GPUs. AMD owners should see an increase in performance of about 20-50%. More details can be found below. We also recommend installing the latest drivers for your GPUs.

We are not done yet! We have plans to release further updates for the trilogy on both PC and consoles. The next update will come around mid-November and another will follow around Christmas. 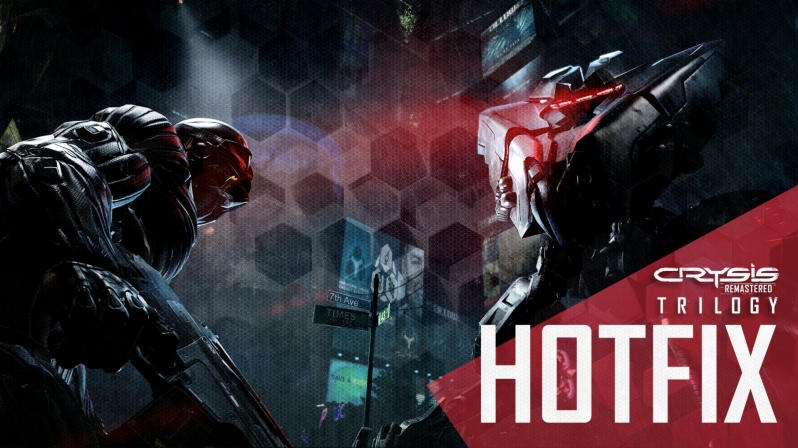 With the Crysis Remastered Trilogy supporting Nvidia's DLSS technology, Geforce users already had a major performance advantage when playing Crysis 3 Remastered. Add on the game's "critical performance bug" on Radeon graphics cards, and it is easy to see why launch coverage of Crysis 3 Remastered was highly favourable for Nvidia. Crytek should have found and fixed Crysis 3's Radeon performance issues before launch. This is not a good look for Crytek.

More patches are planned for the Crysis Remastered Trilogy for both PC and consoles. The next major update for the games is expected in Mid-November.

You can join the discussion on the Crysis Remastered Trilogy's first PC updates on the OC3D Forums.

- Fixed a potential GPU memory leak that could occur when Ray Tracing is enabled. This resulted in performance issues being encountered after playing for extended periods of time.
- General Ray Tracing improvements:
- Fixed some cube map reflections in the ‘Eye of the Storm’ level when Ray Tracing is enabled,
- Improvements for some low gloss material reflections,
- Fixed a texture setup issue in the Software Ray Tracing path.
- Fixed an AI issue that resulted in cars being unresponsive in 'Out of the Ashes' level.
- Fixed an issue with the player having the ability to enter a car reserved for AI and in return potentially leading to a mission blocker in 'Out of the Ashes' level.

Peace Đ
Sounds a lot like an unfinished product that was released two months too early. Especially when they have to add higher FPS animations to some weapons and fix such performance bugs...Quote
Reply