The game is now listed as a 'PlayStation 5 Console Exclusive'

Days Gone released on PC today, once again confirming to Sony that their first-party titles can find success outside of their PlayStation console platform. Moving forward, Sony plans to launch more of their first-party catalogue on PC, and it looks like Ratchet & Clank: Rift Apart may become one of those titles.

This trailer was released on the same day as the PC version of Sony's Days Gone, a factor that may or may not be a coincidence. Sony wouldn't release their first-party games on competing consoles, making a future PC release the only real possibility for a secondary launch of Ratchet & Clank: Rift Apart. That said, Sony's latest Ratchet & Clank trailer may have mistakenly listed the game as a "PlayStation Console Exclusive", as it is a mistake that Sony has made before with Demon Souls. Would Sony make the same mistake twice? Probably...

Ratchet & Clank: Rift Apart will be one of the first games to truly utilise the power of PlayStation 5, from its boosted storage performance to its increased CPU resources and new GPU features. Rift Apart is a game that could not be made for last-generation consoles, a fact that means that a PC version of the game would only be able to run on high-end gaming PCs.

Regardless, even if Sony plans to bring Ratchet & Clank: Rift Apart to PC, it won't be at launch. When the game releases on June 11th, it will only be available on PS5. As much as we would love to see a PC version of the game, Sony's priority is their PlayStation console platform. At best, this "Console Exclusive" listing is a teaser; at worst it was another mistake from Sony.

You can join the discussion on Ratchet & Clank's potential future on PC on the OC3D Forums. 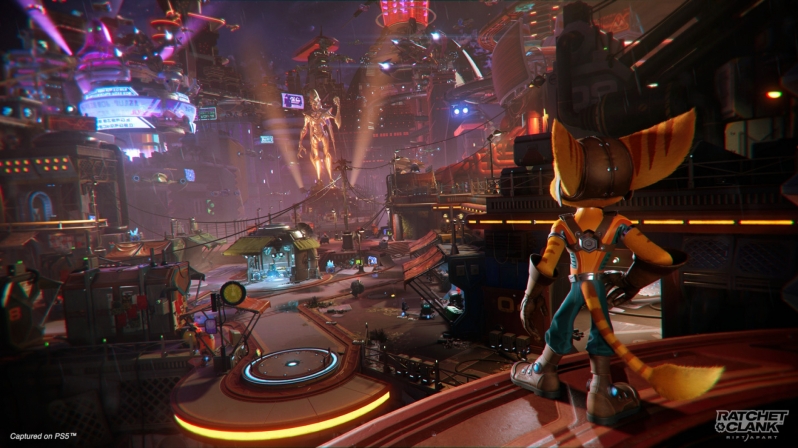 I Truly hope it comes to PC - I *LOVE* the ratchet and clank series. Some of the best platformer games ever.Quote
Reply