In a recent interview with WccfTech, Ubisoft 3D Team Lead Programmer Stephanie Brenham revealed that Ray Tracing and FidelityFX Super Resolution support would be exclusive to the PC version of Far Cry 6.

For Consoles, Far Cry 6 was developed with 4K 60 FPS framerates in mind on PlayStation 5 and Xbox Series X, and to achieve these performance targets, the game's console versions couldn't make use of ray tracing.

AMD's FidelityFX Super Resolution (FSR) feature is designed to deliver enhanced performance while delivering similar to native levels of image quality. Unlike competing solutions like Nvidia's DLSS technology, FSR supports all modern GPU hardware, allowing the feature to be used by both old and new graphics cards from AMD, Nvidia, and Intel. This means that all PC gamers can benefit from AMD's FidelityFX Super Resolution feature, unlike DLSS, which is an Nvidia RTX exclusive feature.

Below is what Ubisoft's Stephanie Brenham had to say to WccfTech regarding FSR and ray tracing. The full interview can be read here.

Will ray tracing be available on PS5 and Xbox Series S|X, too? If so, how will it compare to the PC version?

- Ray tracing is a PC only feature. On console, our objective has been to take advantage of new hardware capabilities, optimizing performance targeting 4K and achieving 60 FPS, for instance, all while ensuring new game features, like our dynamic weather system, are supported on all platforms.

The PC recommendations that you just put out didn't consider AMD FSR. How much of a performance improvement are you seeing when FSR is enabled?

- FSR is an option we give to our players on PC, and the performance improvement seen with FSR really depends on the hardware configuration. It’s a feature that can help players achieve higher final resolutions with smooth interactive framerates.

- FSR is a feature we developed in partnership with AMD for PC.

Far Cry 6 is due to launch on October 7th on PC and consoles. PC gamers can look at the game's full PC system requirements here.

At launch, Far Cry 6 promises the franchise's largest playground to date, taking place on the fictional island nation of Yara, which a tyrannical dictator called Anton Castillo rules. The game spans from the beaches of Yara through its jungles and into the game's capital city. Players will take part in a revolution that aims to strip Castillo of his power and liberate the nation from his oppression.

You can join the discussion on ray tracing being a PC exclusive feature for Far Cry 6 on the OC3D Forums. 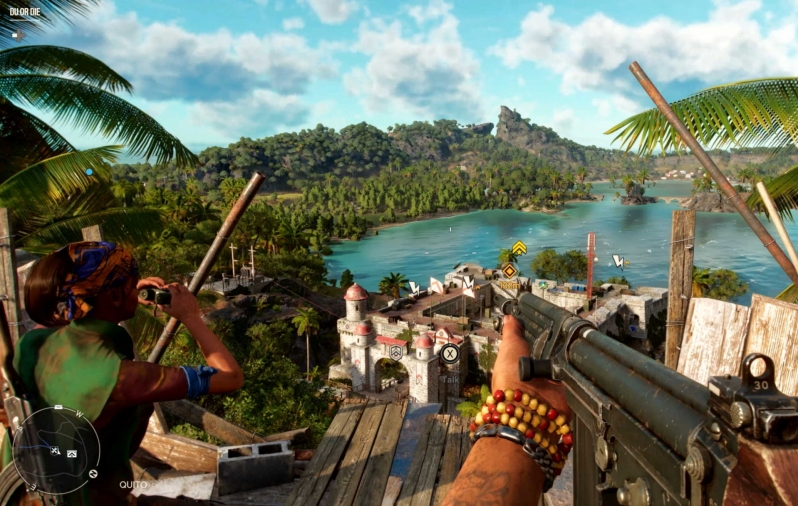 KingNosser
I'm suprised that it is, but i am intrested in this game has a slight farcry 2 feeling to it and for me that was the last one i really got my teeth into even thou i own them all lolQuote

Dicehunter
As powerful as the consoles are I'm not all that surprised they won't be getting RT as Ubi games tend to be demanding as is, Mix in RT and you have a slideshow.Quote

Warchild
Quote:
How mature of you.

I find the AC and FC franchise to be demanding, but the rest is quite well done. Exception would be Watchdog which has always pushed the limits.Quote

Avet
I am not surprised. People expect too much from consoles. They were already old hardware at launch. Yes, you can optimize for them nicely but it is mostly stripped down engine. Now they run hardware from the same decade as PCs and game engines can finaly start to improve.

This is from the interview with Oleksandr Shyshkovtsov CTO of 4A Games:

"With regards to ray tracing specifically, how would you characterize the different capabilities of PlayStation 5 from Xbox Series X and both consoles from the newly released RTX 3000 Series PC graphics cards? Overall, should we expect a lot of next-gen games using ray tracing in your opinion?

What I can say for sure now is PlayStation 5 and Xbox Series X currently run our code at about the same performance and resolution.
As for the NV 3000-series, they are not comparable, they are in different leagues in regards to RT performance."


As the engines evolve, more games will probably drop RT support on consoles and make it PC exclusive, especially when next gen GPUs arrive.Quote
Reply