Should we expect Red Dead Redemption 2 on PC anytime soon?

More evidence of a PC version of Rockstar Games' Red Dead Redemption 2 is continuing to mount, with Twitter user JakoMako 51 uncovering references to the game's PC release in the latest update for Rockstar's Social Club.

Within this code, "RDR2_PC_Accomplishments" is available for all to see, which suggests that a PC version of the game is in the works. Sadly, this leak doesn't give us any timeframe for the game's eventual release. Grand Theft Auto V released on PC two years after the game's console launch, long after the game released on PlayStation 3 and Xbox 360.

With Grand Theft Auto V releasing on PC after the game's next-generation versions on PlayStation 4 and Xbox One, it is possible that Red Dead Redemption 2 will also see a PC release after the launch on PlayStation 5 and Xbox "Project Scarlett" next year. This way, Rockstar can ensure that the PC version of the game includes all features of the title's hypothetical next-generation console versions. 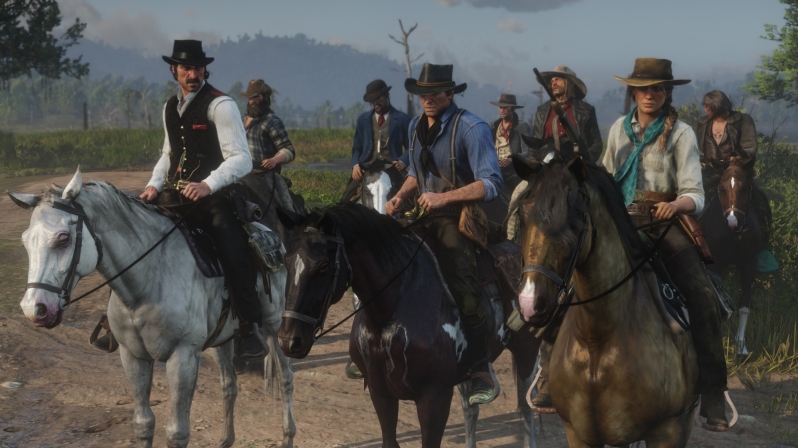 A PC release seems like a logical step for Rockstar, bringing access to their game to a wider audience and enable owners of high-spec hardware to play the title at higher framerates and with higher levels of graphical fidelity.

In a recent interview, Take-Two's CEO stated that there is "no downside" to releasing Red Dead Redemption 2 on PC.

You can join the discussion on Red Dead Redemption 2's upcoming PC version on the OC3D Forums.