Resident 2, 3, and 7 are getting next-gen enhancements on Xbox Series X/S, PC, and PlayStation 5

Will FSR and Ray Tracing be coming to Resident Evil 2, 3 and 7?

All RE Engine Resident Evil games are getting next-generation upgrades 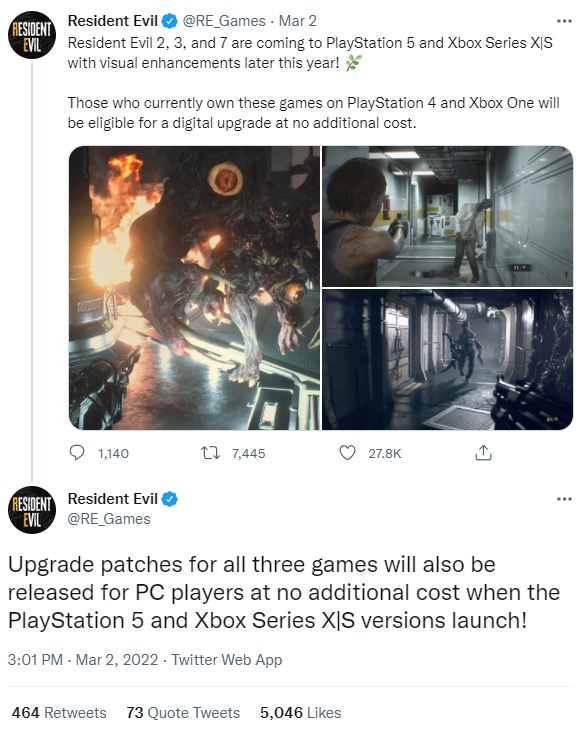 Capcom has not revealed official release dates for their next-generation Resident Evil patches, confirming that they will be arriving sometime this year.

You can join the discussion on Resident Evil 2,3 and 7 getting next-generation upgrades on the OC3D Forums.

NeverBackDown
Quote:
It's not free if it costs you £5

Dicehunter
Well the whole game which I have never played before was £5, The upgrade coming in a few months is free