Resident Evil 4 is a classic, achieving near universal acclaim at launch for its new gameplay elements, strong visuals, and excellent third person shooting. It is taken for granted how revolutionary Resident Evil 4 was when it launched, popularising the now standard over-the-shoulder 3rd person viewpoint that many shooters now swear by.
While Capcom are rumoured to be remaking Resident Evil 4 for modern console/PC hardware, it is hard to argue that Resident Evil 4 isn't a great game as-is. The visuals may be muddy by today's standards, but at its core, Resident Evil 4 is still fun to play. Thankfully, even the game's 2005 visuals have been getting revamped by the PC modding community over the past seven years, creating what will soon be the essential mod for Resident Evil 4.
The Resident Evil 4 HD Project will be launched on February 2nd 2022, remastering the game with higher resolution textures, improved models, HD pre-rendered video files, and improved lighting. This fan-made remaster mod is designed to work with Resident Evil 4's Ultimate HD Edition, transforming the game visually while keeping the game's artstyle and atmosphere intact. 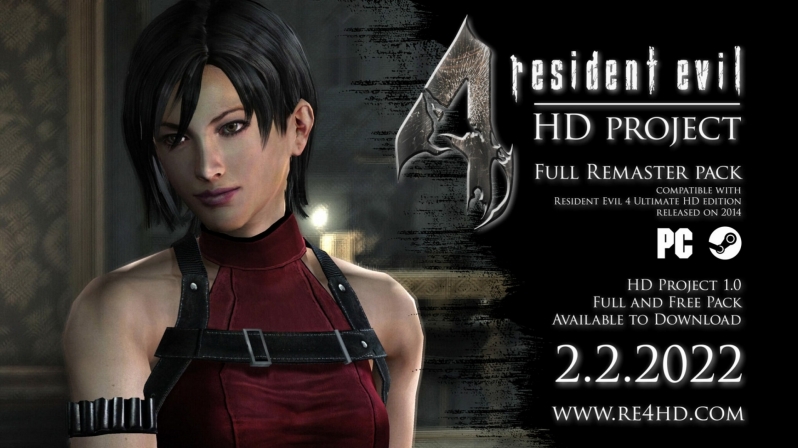 If you want to see this mod in action, just watch the video below. When this mod officially releases, it will greatly diminish the world's need for Resident Evil 4's planned remake. For many gamers, this will be the definitive edition of Resident Evil 4, not Capcom's remade version.

Resident Evil 4's HD Project will launch on February 2nd 2022 on the re4hd website. Pre-release versions of the mod are already available to download, but these versions are incomplete and feature bugs that will not be present within the mod's final version.

You can join the discussion on the Resident Evil 4 HD Project on the OC3D Forums.