Resident Evil Village's PC Demo will be released on May 1st

PlayStation users will get early access to the game's demo locations

Resident Evil Village's PC Demo will be released on May 1st

Capcom has revealed that Resident Evil fans will be able to play a time-limited demo for Resident Evil Village on May 1st/2nd on all platforms, allowing gamers to play the game for an hour before the full game launches on May 7th.

This demo will be available on PC (via Steam), Stadia, Xbox One, Xbox Series X/S, PlayStation 4 and PlayStation 5. Gamers on Sony consoles will also receive early access to these demos on April 17th/18th and April 24th/25th, splitting the demo into their Village and Castle areas respectively. These Sony Early Access Demos will have a gameplay limit of 30 minutes.

With these time-limited demos, Capcom will be giving gamers an opportunity to try out the game before it becomes available to purchase. This will be especially important for PC gamers, who will want to know how well the game runs on their systems before launch.

The image below details the starting times of Resident Evil Village's main demo release. The demo will be available for 24 hours on all platforms.

PC gamers who are interested in playing Resident Evil Village can have a look at the game's PC system requirements here. 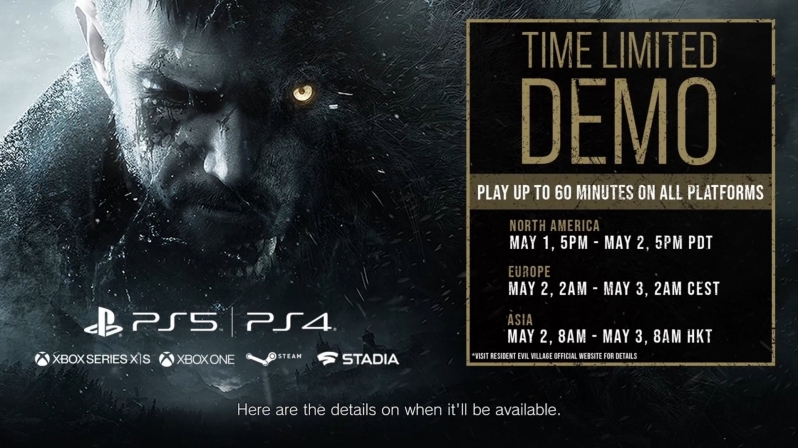 You can join the discussion on Resident Evil Village's demo plans on the OC3D Forums. 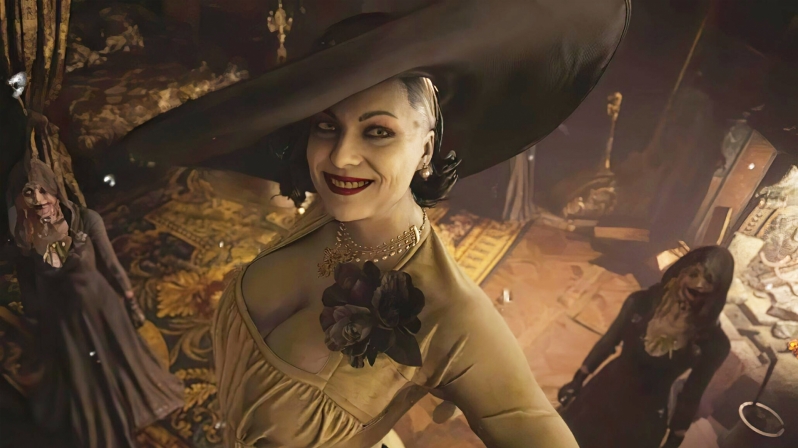