EA is setting up Star Wars Jedi: Fallen Order to be one of their biggest 2019 releases

Star Wars Jedi: Fallen Order was revealed at EA 2018 with little fanfare, with EA revealing little more than the title of the game and the fact that it followed a former Jedi Padawan in the aftermath of Order 66, placing the game between Star Wars Episodes III and IV.

During their Q3 2018 earnings call, EA's CEO, Andrew Wilson, claiming that the game "plays spectacularly well" after spending time with a recent build of the game. He also stated that "game truly captures the fantasy of becoming a Jedi, and we will have a lot more to share soon." At this time it seems probable that the game will be shown at E3 2019 during the company's EA Play showcase.

EA's CFO, Blake Jorgensen, added that the game will be showcased "in the next few months", and that the game "truly captures the fantasy of becoming a Jedi", building up this single player Star Wars title as what could become one of EA's biggest hits in 2019. Right now Star Wars Jedi: Fallen Order is set to release in Fall 2019.

Andrew Wilson (CEO): In addition to Apex Legends, another team at Respawn is set to deliver Star Wars Jedi: Fallen Order this fall. This game’s development is led by the former director of the God of War series, with a team of veterans from some of the industry’s biggest action-adventure games. It’s very far along in development and having spent time with it recently myself, it plays spectacularly well. This game truly captures the fantasy of becoming a Jedi, and we will have a lot more to share soon.

Blake Jorgensen (CFO): And I’ll answer that first just looking at Apex Legends should give context of what a superior set of game developers sit in Respawn. This team of people is exceptional and the type of game they’ve built and the innovative level of that game. And second, you’ll start to see in the next few months glimpses of the Star Wars game and I think you’ll be blown away by what you see. We’ve played 20 plus minutes of it last week and it is exceptional in terms of its level of polish, depth and living inside of the Star Wars world as a Jedi and I think people will be blown away by it. 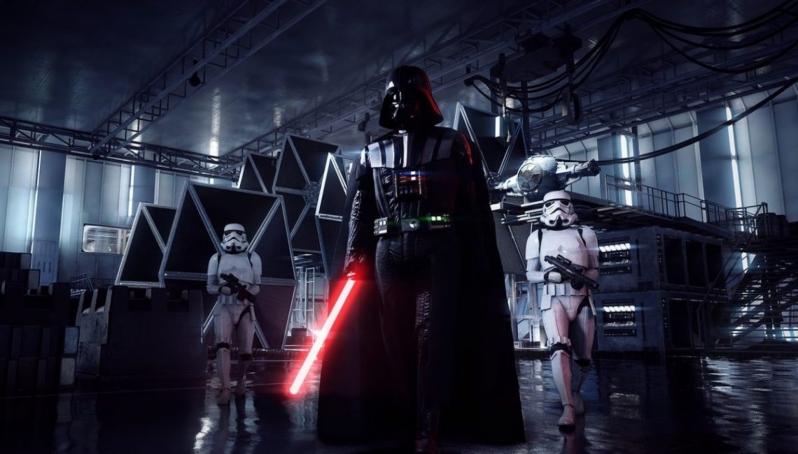 Rumours from late 2018 have suggested that Jedi: Fallen Order will offer gamers a similar tone to the Star Wars: Force Unleashed series, but lack the crazy "Mountain Dew qualities" that push the series well outside of what is considered Star Wars canon. This likely means that we can expect a dark, gritty tone of the Force Unleashed series, but without crazy sequences where Jedi can pull Star Destroyers from orbit or "anything absurd".

You can join the discussion on Respawn's Star Wars Jedi: Fallen Order shaping up to be one of EA's biggest 2019 releases on the OC3D Forums.

WYP
Quote:
This is probably the first Star Wars game from EA that I have been properly hyped about. (Probably despite my better judgement)Quote

Bartacus
Quote:
LOL, this man is not wrong. I wouldn't trust anything that comes out of any EA mouthpieces. But a new Star Wars single player game is something that most nerds would be hopeful for (myself included). If they ever did a Skyrim-style Star Wars game, the geek universe would explode.Quote

NeverBackDown
If this game has MT for a single player only game it's a no go for me.Quote
Reply