The game's coming to all major gaming platforms later this year

It's official; Rockstar Games is updating the Grand Theft Auto Trilogy, a collection of games that includes GTA III, GTA: Vice City, and GTA San Andreas. This release will be called Grand Theft Auto: The Trilogy - Definitive Edition. This new game collection will be released on PC, Xbox One, Xbox Series X/S, PlayStation 4, PlayStation 5, and Switch later this year. The Trilogy will also arrive on iOS and Android in early 2022.

Rockstar's updated GTA Trilogy will remaster all three games for modern platforms, offering "across-the-board upgrades", which will include updated visuals and gameplay enhancements. Each game will retain its classic look and feel, and Rockstar plans to showcase the three games over the coming weeks.

Below is what Rockstar had to say about their remastered trilogy of games;

In honor of the upcoming anniversary, today we are excited to announce that all three games will be coming to current generation platforms later this year in Grand Theft Auto: The Trilogy – The Definitive Edition for PlayStation 5, PlayStation 4, Xbox Series X|S, Xbox One, Nintendo Switch, and the Rockstar Games Launcher on PC. Grand Theft Auto: The Trilogy – The Definitive Edition will feature across-the-board upgrades including graphical improvements and modern gameplay enhancements for all three titles, while still maintaining the classic look and feel of the originals. We’re extremely excited to share more about these groundbreaking titles in the coming weeks — stay tuned!

To prepare for launch, we will begin removing existing versions of the classic titles from digital retailers next week. For more information, please visit Rockstar Games Support. In addition, Grand Theft Auto: The Trilogy – The Definitive Edition will be coming to iOS and Android in the first half of 2022. 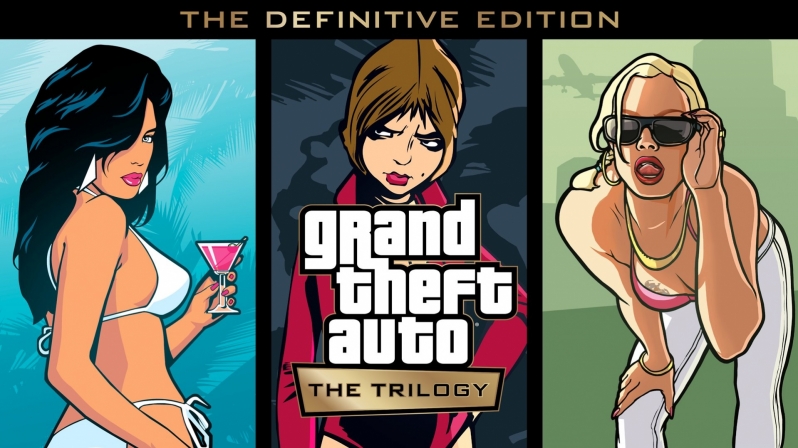 You can join the discussion on Rockstar's reveal of Grand Theft Auto: The Trilogy - Definitive Edition on the OC3D Forums.

Dark NighT
This could be interesting yes!Quote

g0ggles1994
Any word on music licensing or whether these are based on the originals, mobile, or brand new builds? This could be a fantastic trilogy but could also be a lazy cash grab, too.Quote

KingNosser
Rockstar exclusive by all accounts, i'm expecting low par effort tbh so why rebuy something i can mod already, looking like GTAVI will also go the same route so i'm really on the fence about either of them tbh.

Tired of all the launchers i have enough of them already, if a game is worth it then maybe but i feel these wont be worth it, waiting on in depth reviews on all things rockstar.

It's like bethsada it's about the money and how big a cut they can get, if they want me to pay more so they get the same cut then fine chuck it on steam at £5 extra cost i can live with that and sure many would also.Quote
Reply