Rockstar has just released its first trailer for Grand Theft Auto: The Trilogy - Definitive Edition, which is due to launch on November 11th on PC, Xbox Series X/S, Xbox One, PlayStation 4 and PlayStation 5. Additionally, the trilogy will be coming to Android and iOS next year.

The visual improvements with Rockstar's remastered GTA trilogy will speak for themselves if you watch the trailer below. Character models have been improved, giving them a less angular and more rounded appearance, the game's lighting system has been upgraded, reflections have been added to the game and textures are enhanced across all three games. Draw distances have also been stretched out to reduce pop-in, making all three games look better on high-resolution screens.

These classic 3D Grand Theft Auto titles have never looked better. It is clear that a lot of time and effort has been put into remastering these games. That said, the pricing of this trilogy will be hard to swallow for many gamers, as Rockstar has priced Grand Theft Auto: The Trilogy - Definitive Edition at $59.99/£54.99.

You can join the discussion on GTA: The Trilogy - Definitive Edition on the OC3D Forums. 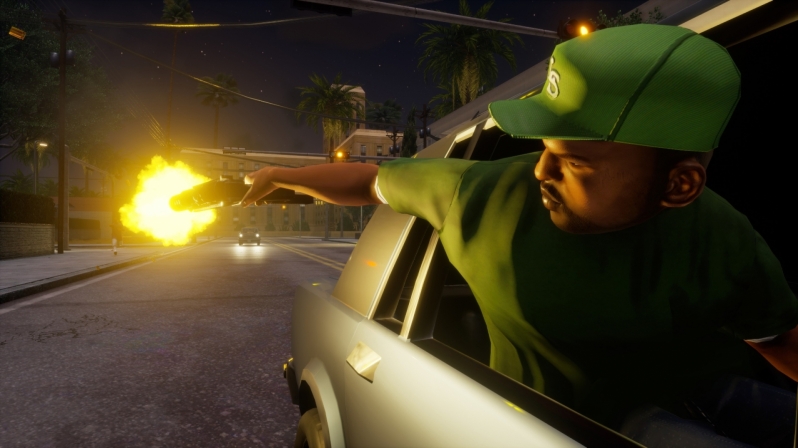 Dark NighT
Yeah looks alright but there is no way im paying that much for those, i'll wait for a proper sale.Quote

KingNosser
It might be 3 games but it's overpriced, the gfx changes i feel are not as big as they needed to be, but i'd play through them again maybe in a years time on a sale.Quote

ImprovizoR
I think this is a psychological thing. You see $60 price tag on a 20 year old game and it seems ridiculous. But it's actually $20 per game, remastered in a new engine.

The only problem that I have relates to the music. Unless they re-licensed all the songs from the original games, I am just not interested. The music is a large part of what made these games so memorable, not the graphics.Quote

Dark NighT
Quote:
Yeah 20 per game doesnt seem to bad but you can't buy just one of them, and while the work that went in is obvious i don't think it is really worth that much, and also removing all the old classic versions, which i find a bit greedy and leaves people no choice but to get the 3 pack.Quote

ImprovizoR
Quote:
Oh, I agree. It's a di*k move. But perhaps they will eventually let people buy old versions as well. If not, there are always other alternatives.Quote
Reply