Is your PC ready for Humankind?

Amplitude's Humankind is due to release in 2021, offering PC gamers a new contender 4x game to rival the Sid Meier's Civilization series. Now, SEGA has released the PC system requirements for Humankind, and have released an early demo for the game on Stadia, which will be available until October 28th.

Amplitude Studios is the developer behind the Endless Legend and Endless Space franchises, giving the developer a strong footing within the 4X nation-building genre. Humankind will focus on the development of culture, not just the development of a nation, allowing players to customise their civilization to suit there needs. Thanks to this customisation factor, civilizations can be developed with seemingly endless variety, making each game of HUmankind different.

On PC, Humankind will feature modest minimum system requirements, asking users for 8GB of system memory, a processor that equivalent to or better than Intel's 4th generation i5 models and a DirectX 11 graphics card that's equal to or better than Nvidia's Geforce GTX 770 or AMD's R9 290. The game is also due to take up around 25GB of system storage.

Humankind will be available on both Windows (7 or newer) and macOS, with the graphics cards like AMD's RX 5500 XT and Nvidia's GTX 1060 being recommended on Windows. For the best experience, CPUs equivalent to or better than AMD's Ryzen 5 1600 or Intel's 6th Generation i5 CPUs are also recommended.

Humankind is due to be available on Steam, the Epic Games Store and Stadia. 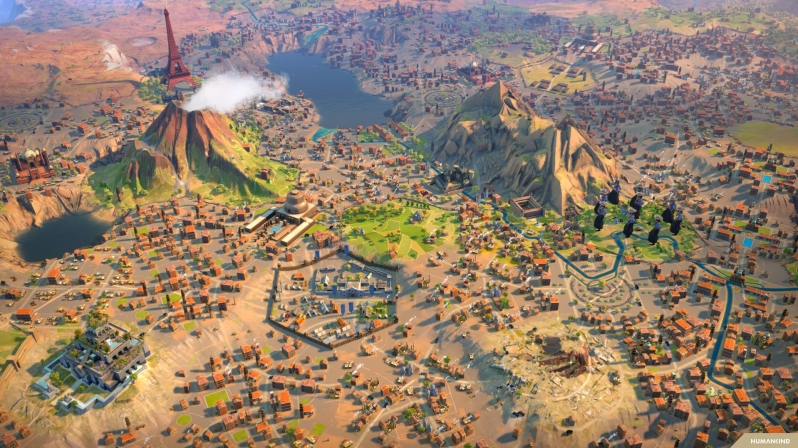 Below are Humankind's full PC system requirements for Windows.

You can join the discussion on Humankind's PC system requirements and limited time Stadia demo on the OC3D Forums.

NeverBackDown
I'm actually pretty excited for this game. Might even try using the demo on Stadia... Probably be a terrible experience though.Quote
Reply