Serious Sam: Siberian Mayhem has been revealed, and its launching this month

The game's coming to PC on January 25th

Croteam and Timelock Studiio have announced that they have co-developed the next game in the Serious Sam series, a new standalone game called Siberian Mayhem, which brings series protagonist "Serious" Sam Stone into Russia to take on General Brand.

Serious Sam 4 released in December 2021 on Xbox Series and PlayStation 5, making it possible that Siberian Mayhem will be making it to both of these consoles after the game's PC launch on January 25th.

Welcome back to the world of Serious Sam in 'Siberian Mayhem' - a new standalone chapter in the adventures of 'Serious' Sam Stone. Make your way through the vast Russian landscapes on a quest to catch up with the traitorous General Brand, who remains one step ahead of Sam at every turn. The road is long, and there is oh so much to see.

...the heart of Russia. This place is huge, cold, and so unpredictable even the alien invaders feel lost. Travel through five new levels set in a beautiful and dangerous world, from Arctic coastlines and desolate forests to abandoned villages and a chilling ghost town. Siberia is large enough for you to fight & explore for as much as you want.

BEASTS OF THE APOCALYPSE

Only the strongest souls survive in Siberia, and Mental knows it well. A new set of dangerous foes and bosses join the Horde in 'Siberian Mayhem'. Including some of the most advanced and intimidating creatures you never expected to see.

There's only one thing that stands between Serious Sam and his enemies - a gun. Treat yourself with a deadly arsenal of new weapons, from the legendary AK to experimental 'Perun' crossbow, and more! Do you want to cause death from above or become one with 50 tons of first-class firepower? New gadgets and vehicles are locked, loaded, and ready to fulfill your most destructive dreams.

Below are the PC system requirements for Serious Sam: Siberian Mayhem.

You can join the discussion on Serious Sam: Siberian Mayhem on the OC3D Forums. 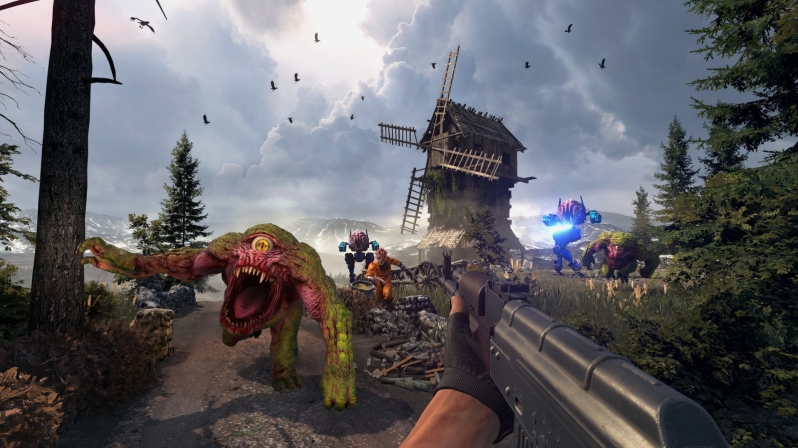