Skyblivion has received its largest update yet

Today, the team behind Skyblivion has dropped a new video for their ambitions modding project, confirming that the majority of the game's map is now in its final state and that many areas within the game have been extensively redesigned when compared to their original counterparts.

Skyblivion is a modding project that aims to recreate The Elder Scrolls Oblivion within Skyrim's engine, delivering extensive upgrades over the original game with its gameplay and visuals.

What is shown in the video below is incredibly impressive, highlighting how the team behind the mod have recreated the entirety of Cyrodiil. Particular focuses are on the Orange Road, Blackwood and the Gold Coast, all of which have been redesigned to make each area more distinct.

Earlier this year, the Skyblivion team have showcased remastered quests within Skyblivion, highlighting how many of the game's caves, dungeons and internal environments have been altered to provide players with more variety. Every quest within Skyblivion will be recreated within Skyblivion, making this mod an unofficial remake of The Elder Scrolls Oblivion.

One highlight of this mod is a rework of many of the game's minor dungeons, which were often copy/pasted across Oblivion with minor alterations. The Skyblivion team has made these dungeons more unique, using their descriptions by the game's NPCs to create more diverse and accurate areas to these descriptions. In short, the Skyblivion team is putting more effort into these areas than Bethesda did.

When recreating some of the areas within Skyblivion, the modding team have utilised Oblivion's original concept art to help the team improve some of the game's environments. The Skyblivion team used this art to recreate areas like Blackwood as originally intended, stating that some designs may have been changed/simplified for the original game due to "technical and time limitations".

So far, 28 of Oblivion's 52 forts have been recreated within Skyblivion, and the video above showcases much of the work that has been done to complete this critical aspect of Oblivion.

The Skyblivion project's latest update has shown us that the game's development has been progressing quickly. When released, the game will require copies of Skyrim and Oblivion and their DLC content to function.

You can join the discussion on Skyblivion on the OC3D Forums. 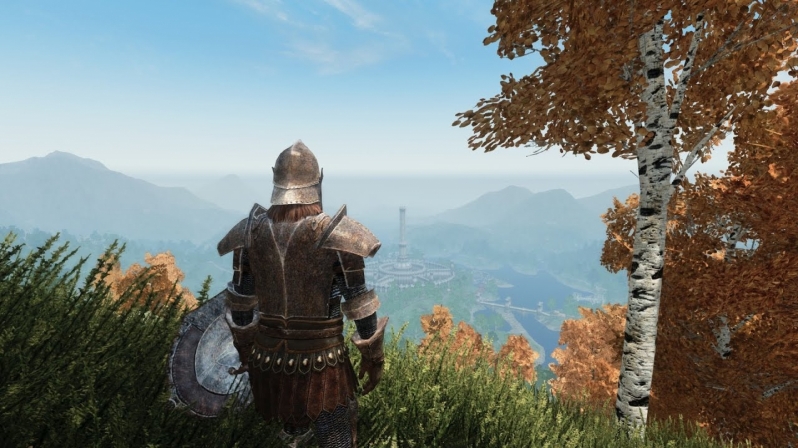 ImprovizoR
As much as I love the idea of Skywind, I am a lot more interested in this. Oblivion had much better quests, better world to explore, better magic and equipment. Overall everything about Oblivion was better than Morrowind, so this is really exciting.Quote

WYP
Quote:
When it comes to story and quests I have heard a lot of people argue that Oblivion is better than Skyrim. I'd tend to agree with that assessment.Quote

Bartacus
I love the idea of this. Sign me UP!Quote

ImprovizoR
Quote:
Oh, absolutely. Especially the DLC - Shivering Isles. To this day it's probably the best piece of storytelling to come out of Bethesda.Quote
Reply