Sony has acquired Bungie for $3.6 billion

It's official, Bungie is now part of the PlayStation family

Sony has confirmed that they have acquired Bungie, the studio behind Destiny, for $3.6 billion, with Bungie confirming that their studio will remain independent when it comes to game publishing and creative control of their projects.

Bungie has confirmed that Destiny and all of their future games will remain multi-platform, and that the studio will become part of PlayStation Worldwide Studios. Regarding the possibility of future PlayStation exclusives, Bungie had the following to say; 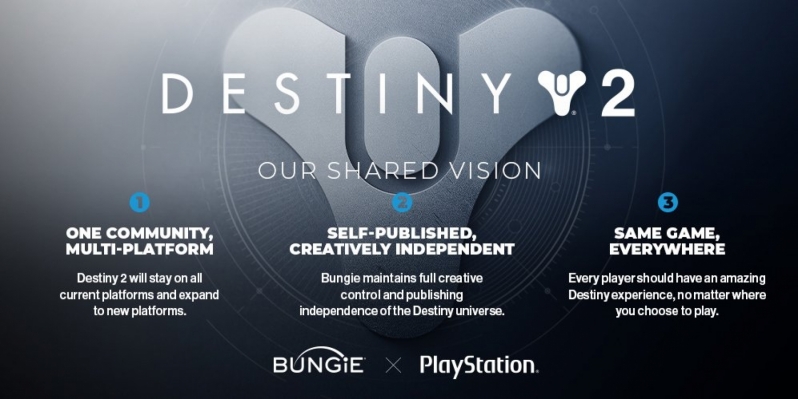 Bungie has confirmed that Sony's acquisition will not impact Destiny 2's roadmap, with the game's current "Light and Dark Saga" being due to end in 2024 with the release of "The Final Shape" in 2024.

Right now, it remains unclear why Sony has acquired Bungie, given their apparent agreement to give the studio creative and publishing independence. Bungie's future games will not be PlayStation exclusive, and that limits the benefits that Bungie can give to PlayStation. That said, removing Destiny from Non-Sony platforms would cost Bungie (and therefore Sony) a tonne of revenue.

When discussing their acquisition, Sony's Jim Ryan noted that "Bungie is a great innovator and has developed incredible proprietary tools that will help PlayStation Studios achieve new heights", suggesting that Sony has acquired Bungie for their technological expertise. That expertise can be used to enhance Sony's existing technology and that will benefit the games that are created by Sony in the future.

You can join the discussion on Sony acquiring Bungie on the OC3D Forums.

Dicehunter
Maybe they can pump some money into Bungie, Destiny has gotten very stale especially with it's FOMO style of gameplay.Quote

dazbobaby
Like Liverpool Studios, they close them down eventually.
It's what Sony does.


I love PS games, it's my console of choice... but they've closed some of the best studios that made some of the best games I've ever played. When I hear they've bought another studio I think it's the death-knell for them.Quote
Reply