Is Sony abusing its market position with its 30% digital commission?

When games started to become available digitally, many saw it as an avenue that would eventually deliver cheaper games. After all, digital downloads don't require the printing of discs, the manufacture of boxes, global shipping, the stocking of retail shelves, or the payment of retail employees. All of these costs could be replaced by server costs, theoretically making games cheaper. This didn't happen.

The UK consumer rights campaigner Alex Neill has taken Sony PlayStation to court for overpricing their games and by abusing competition law to impose unfair terms on developers and consumers. Sony is being sued for £5 billion, with the lawsuit claiming that the company "ripped people off" by charging a 30% commission on all digital game sales through the PlayStation Store. The lawsuit claims that Sony PlayStation has overcharged 9 million customers.

If Sony paid the £5 billion that is requested by this lawsuit, the proceeds of this lawsuit would be split between the millions of affected gamers, with members of the class receiving between £67 and £562. "The game is up for PlayStation", Ms Neill states.

Below is what Ms Neill has stated with regards to the new lawsuit against Sony. She is advised by the London law firm Milberg London LLP.

With this legal action I am standing up for the millions of UK people who have been unwittingly overcharged. We believe Sony has abused its position and ripped off its customers.

Gaming is now the biggest entertainment industry in the UK, ahead of TV, video and music and many vulnerable people rely on gaming for community and connection. The actions of Sony is costing millions of people who can't afford it, particularly when we're in the midst of a cost of living crisis and the consumer purse is being squeezed like never before. 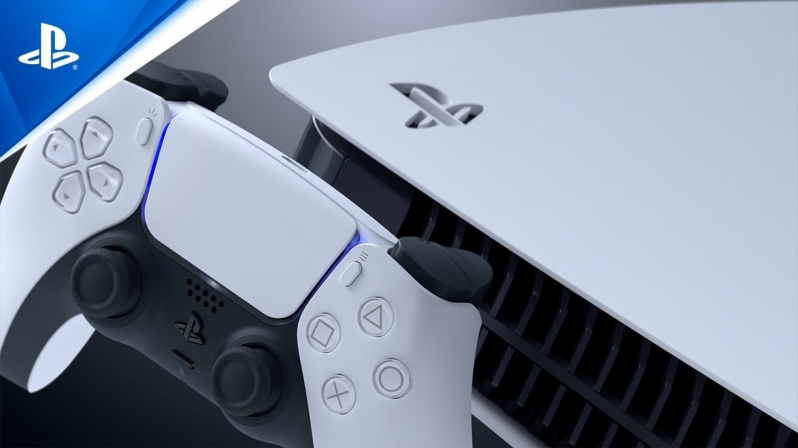 This lawsuit alleges that Sony's high commission on digital game sales are much higher than necessary and that these commissions have caused the price of digital games and add-ons to increase in the UK from 2016 onwards. Why 2016 onwards, because this lawsuit relies on the UK's 2015 Consumer Rights Act.

You can join the discussion on Sony being sued for £5 billion over high UK commissions on the OC3D Forums.

Dicehunter
Corporations can get away with murder in this world, Nothing will happen to Sony and they will never pay 5 Billion.Quote

smilertoo
I will be amazed if this gets anywhere, I agree they're ripping people off...so i choose not to have a playstation.Quote

Digikid
Forget the UK....this needs to happen WORLDWIDE and for ALL the gaming companies. There is absolutely no reason at all why Digital copies are just as much as physical copies. They should be CHEAPER due to no materials used at all....just DATA.

AlienALX
When games started to become available digitally, many saw it as an avenue that would eventually deliver cheaper games. After all, digital downloads don't require the printing of discs, the manufacture of boxes, global shipping, the stocking of retail shelves, or the payment of retail employees. All of these costs could be replaced by server costs, theoretically making games cheaper. This didn't happen.

If any one ever actually truly believed that then they are a mug. A complete mug.

The reason they want you to go digital is like everything else in the entertainment industry - control. They want to control what you have and when and will always see what you paid for as their property no matter what. It's the same with film and music. They want to charge you more for less, and for you not to have any choice in the matter.

As an example a digital album on Amazon costs more than buying a CD and ripping it yourself. And is usually always crap MP3.

When Dying Light 2 released I figured I would go on Cdkeys and buy it at around £30. IIRC it was £38, which made me pause. In the time I read how poor it was because of Denuvo? their keys had sold out. It then vanished for about two months, then came back.

I can tell you where they can virtually shove that.

You know, if PC games got better and didn't have all of the problems associated with them? I would pay a little more for them. Maybe, at best, £40. However, when they perform worse than their console counterparts and now cost more? yeah, no thanks.

The industry just gets greedier and greedier whilst back handing the government to do stuff like this.

That was just me searching "Dying Light 2" and then the file sharing T word. It immediately censors what you have searched for. So maybe that's why they are getting cocky because they think they are winning this control war? IDK. But exactly the same thing happened with Stray. It was a wee bit cheaper on CDK, then vanished.

And once again I stalled waiting for the review and then found out it's a 4 hour game. Now? they want the full price. Nah, I'll pass thanks.

Until kids born after 2000 wise up and TRULY "wake" up this will just continue. They will continue to get anally shafted before they realise how much wool is being pulled over their eyes. Sadly they have been woken in the complete opposite direction. Amazing how easy it is to brainwash someone.

As for me? back to getting games illicitly. And for once in my life I feel no shame about it whatsoever.

I also recently downloaded an app that plays YT content. It is incredibly aggressive, and literally rips out all adverts, all sponsors, all self whoring and everything else.

Any colour other than red it forcibly skips. So why did I do that?

I have been watching Youtube for years. Well over a decade. However about three months ago I noticed it was getting terribly aggressive with the ads. Like, I would watch a 5 minute video and if I paused to go for a pee? it would play ads when I returned. At the end of the video? even when it was over it just goes on to show more ads.

And it was beginning to grate really bad. Like, worse than UK TV which is bad enough, but to the point of being like US TV.

And then Linus made that post about any one who uses an ad blocker to remove ads from his videos is a pirate.

/slow clap. Way to go douchebag. You finally pushed me over the edge and I decided to do something about it. Not that your whiny little ass continually whoring out your ludicrously over priced garbage merch with no warranty on it wasn't annoying enough.

So in return? argggggg ya bellend. Now I don't have to watch any of it.Quote

Dicehunter
Quote:
I agree with all of that but to your point for gen z waking up... They can't, They were brought up on smartphones, Being hyper emotional, Emotions overruling common sense and logic etc etc...Quote
Reply