Refunds are being offered to PlayStation users

Sony has confirmed that they have removed Cyberpunk 2077 from their PlayStation Store and that the company will offer full refunds to those who request them.

CD Projekt Red has since released a statement which confirms that the studio plans to bring Cyberpunk 2077 back to PSN as soon as possible, though at this time there is no timeframe for this return to Sony's digital storefront.

Large patches for Cyberpunk 2077 are expected within the next few months, patches which will hopefully address the game's bugs and performance issues. At this time, it is unknown whether or not Microsoft plans to follow suit by removing Cyberpunk 2077 from its Xbox marketplace. 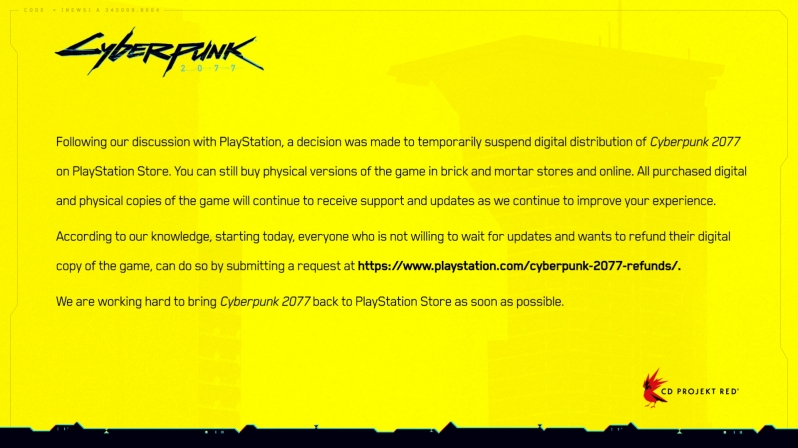 You can join the discussion on Sony removing Cyberpunk 2077 from their PlayStation Store on the OC3D Forums. 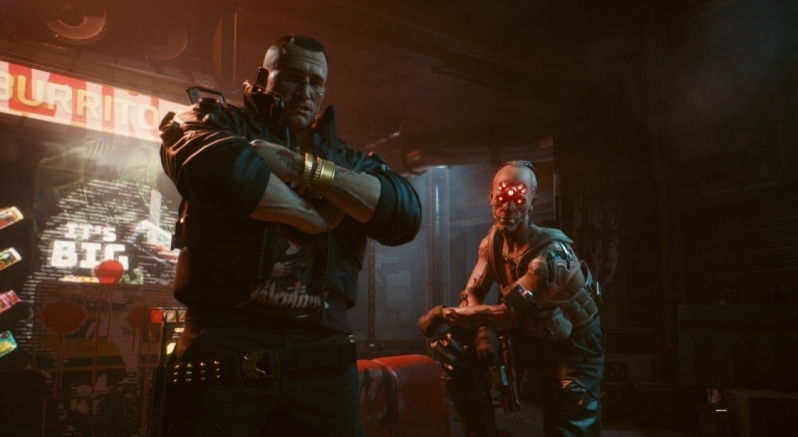 Dicehunter
The devs should not have given any release date at all for any version of the game and released 6+ months down the line, Give themselves a good chunk of time to optimise, Bug squash etc... Could've saved all of this commotion.Quote

Deadtroopers
PS5. That thing with crap engineering and awful thermals. The Stupid, it burns.Quote

demonking
Quote:
I couldn't have agreed more but I feel for CDPR. The internet made a meal of every delay making them look bad and enraged fans were sending death threats to employee's. Rock and a hard place.
The pandemic has had a big effect. You might think that games development would be an easy move to working from home, you'd be wrong. imagine the size of the files that would need to go via a VPN instead of a local network just as one big hurdle, I have enough of a hard time on 50mb excel files. Then when things are being put together for a build having a fraction of the people their for the first run that need to be and having to wait hours for fixes that would take minutes if you were all on the same local network and office.Quote
Reply