Google plans to offer its platform directly to publishers

Little more than a year after the launch of Stadia, Google has announced that they are closing down their internal game development teams, stuttering the prospect of 1st party exclusive titles for the platform. Outside of "near-term planned games", gamers should not expect to see many new games that are developed by Google.

In their blog post, the contents of which are available below, Google has pinned their decision on the development costs "going up exponentially", forcing Google to rethink their plans for Stadia. To make Stadia a success, Google has confirmed that they plan to provide its technology to third parties.

With this announcement, Google has moved back from its console-like ambitions for Stadia. No longer will the company be trying to compete with Microsoft and Sony by creating high profile first-party titles. Now, Google wants to "work with partners seeking a gaming solution all built on Stadia’s advanced technical infrastructure and platform tools", effectively killing off Stadia's current business structure.

Below is Google's press release regarding Stadia's business shift.

We launched Stadia with the goal of making your favorite games instantly available wherever you want to play them. With the recent successful launch of Cyberpunk 2077 on Stadia, gameplay on all types of devices, including iOS, growing our slate of YouTube integrations, and our global expansions, it’s clear that Stadia’s technology has been proven and works at scale. Having games streamed to any screen is the future of this industry, and we’ll continue to invest in Stadia and its underlying platform to provide the best cloud gaming experience for our partners and the gaming community. This has been the vision of Stadia since the beginning.

In 2021, we’re expanding our efforts to help game developers and publishers take advantage of our platform technology and deliver games directly to their players. We see an important opportunity to work with partners seeking a gaming solution all built on Stadia’s advanced technical infrastructure and platform tools. We believe this is the best path to building Stadia into a long-term, sustainable business that helps grow the industry.

Creating best-in-class games from the ground up takes many years and significant investment, and the cost is going up exponentially. Given our focus on building on the proven technology of Stadia as well as deepening our business partnerships, we’ve decided that we will not be investing further in bringing exclusive content from our internal development team SG&E, beyond any near-term planned games. With the increased focus on using our technology platform for industry partners, Jade Raymond has decided to leave Google to pursue other opportunities. We greatly appreciate Jade's contribution to Stadia and wish her the best of luck in her future endeavors. Over the coming months, most of the SG&E team will be moving on to new roles. We’re committed to working with this talented team to find new roles and support them.

What does this mean if you're a current or future Stadia gamer? You can continue playing all your games on Stadia and Stadia Pro, and we’ll continue to bring new titles from third parties to the platform. We’re committed to the future of cloud gaming, and will continue to do our part to drive this industry forward. Our goal remains focused on creating the best possible platform for gamers and technology for our partners, bringing these experiences to life for people everywhere.

Right now, the closure of Google's Stadia Studios is expected to impact 150 jobs, with Google claiming that most of these developers will be given new roles within Google. Jade Raymonds, the head of Stadia games and Entertainment, has already left Google to explore other opportunities.

As of now, Google's Stadia platform will continue to operate as normal, though major changes seem inevitable. If Google partners with third parties to create alternative game streaming platforms, Google will have successfully drawn attention away from its own first-party Stadia service. Beyond that, an external focus for Stadia will cause consumers to lose faith in the service, especially given Google's long history of retiring unsuccessful services and platforms. 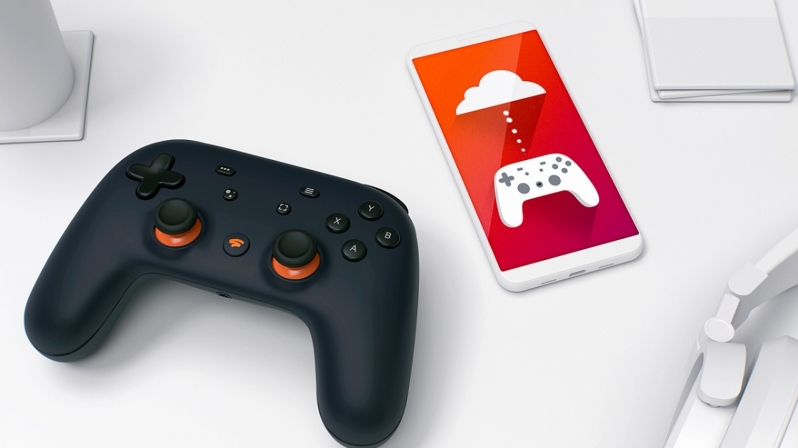 While Stadia's technology is undeniably impressive, it cannot be denied that the service has had a tough time gaining traction. The service launched without many promised features. The service has a smaller games library than its competitors. The service faces tough competition from Amazon and Microsoft with their Luna and xCloud services. Can Google overcome these challenges?

Will this refocus be a new start for Stadia, or is it another nail in the service's coffin?

You can join the discussion on Google closing down its internal Stadia development studios on the OC3D Forums.

Greenback
So when they close it down do people get their money back if they have bought games, lets be honest it's not a matter of if they close it, it's whenQuote

Warchild
Remind me again, what was the hype about with this service? it seemed to fizzle out and disappear.

Seems Yves Guillemot prediction that the PS5 would be the last console gen we see was not quite right. The future isnt streaming as a service, its subscription based game access.Quote

AngryGoldfish
Gaming is such a tactile and interactive experience; if Google couldn't fix the latencies issues then I don't see how it would have succeeded as a replacement for consoles.Quote

WYP
Quote:
Well, assuming the PS5 will likely have a 7ish year life-cycle, there is a lot of time for game streaming to evolve. That said, I do think there will be more consoles.

There are too many countries that are unwilling to overhaul internet infrastructure to make such services viable for everyone.


Quote:
To be honest, I think Google is giving up too soon. Cyberpunk 2077 actually seemed to be decent on Stadia, better than PS4/Xbox One and actually available, which is a big deal given how all next-gen hardware is out of stock.Quote
Reply