STALKER 2 has been delayed by seven months

STALER 2 was originally due to launch on April 28th

STALKER 2: Heart of Chernobyl is a post-apocalyptic survival game that's based within the Chernobyl exclusion zone, where mutants, "anomalies", and various warring factions make everyday life a challenge. Players are STALKERs, those who enter the zone despite the risks for money or information, as there is a hidden truth that's hidden within the heart of Chernobyl.

Stalkers, We have made a decision to postpone the release of S.T.A.L.K.E.R. 2: Heart of Chernobyl to December 8th, 2022.

These additional seven months of development are needed to fulfill our vision and achieve the desired state of the game. S.T.A.L.K.E.R. 2 is the biggest project in the history of GSC, and it requires thorough testing and polishing. We are convinced that development should take as Fong as necessary, especially in the case of such a project.

This decision is not an easy one, but we are doing the best possible to deliver you a game that can live up to the expectations. With more information, updates and showcases coming, we have an exciting and important year ahead. Thank you for your patience and understanding. With love, GSC Game World team.

GSC Game World plans to release more information about STALKER 2 throughout this year, which hopefully means that gamers will be getting an in-depth look at the game soon.

You can join the discussion on Stalker 2's delay on the OC3D Forums. 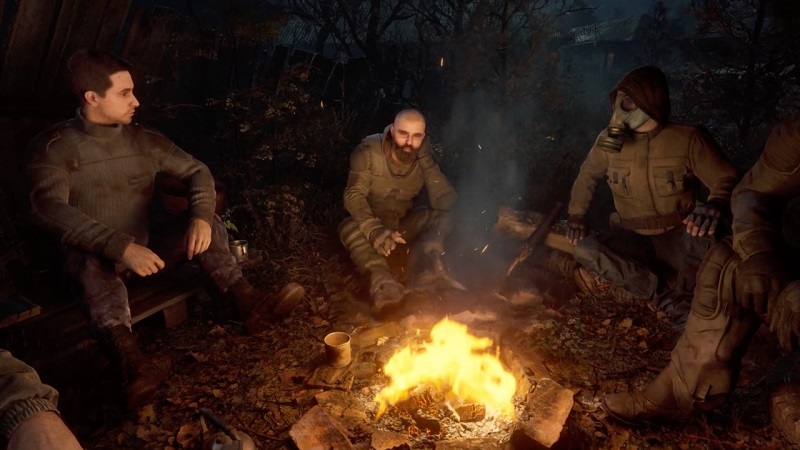 AngryGoldfish
Fong delays are to be expected for games like fis.Quote

NeverBackDown
I disagree. How can you announce a launch date and delay it for so long shortly after? That's just poor project management. I find these delays to be more looking for sympathy and positive reinforcement because gamers would rather have a delayed game than buggy mess and I feel devs are taking advantage of that.Quote

Warchild
Quote:
Its a publicity stunt. We all announce "good on you guys for delaying to make it polished, you guys must get a medal and my money for the effort"

We praised CDPR for the witcher 3, delays and it was justified. Sometimes I think other games studios just try to fool us into thinking they are making that extra effort, when its just to hook us in to a false sense of security. Is that screenshot from Stalker 2 or first one? It looks the most static, rigid character poses I have seen in a whileQuote

AngryGoldfish
Quote:
While I agree with both you and Warchild for different reasons, I was actually just making fun of the spelling in the quote from the company.

NeverBackDown
Quote:
I think Witcher 3 is more of an exception personally if you take into context. It was their first try at console development for a AAA title. The studio grew I believe 3 fold in the 3 years of development in a place not known(at the time) for game developers. Even then it was still buggy. Though they were quick to fix it(unlike CP2077).

But yes these established studios and the like just use it for bonus points more than anything. They still launch in a buggy mess and half the time the games are broken anyway (usually EA lol)

@Angrygoldfish well you made us look like the joke then since we clearly missed it!