Star Wars Jedi: Fallen Order 2 will be current-gen only

Earlier this year, EA confirmed that Respawn Entertainment is working on three new Star Wars games (more info here), one of which is a sequel to Star Wars Jedi: Fallen Order. Recent reports have claimed that Respawn's sequel for Star Wars Jedi: Fallen Order will be launching next year, arriving on PC, Xbox Series X/S and PlayStation 5. The game is allegedly skipping Xbox One and PlayStation 4 consoles.

According to video game reporter Jeff Grubb, on his latest Q&A video, Star Wars Jedi: Fallen Order 2 should be available exclusively on current-generation gaming platforms. Announcements for the game are expected within the next month, but not on "May the 4th". The game is due to be revealed at a Star Wars celebration event later in the month. 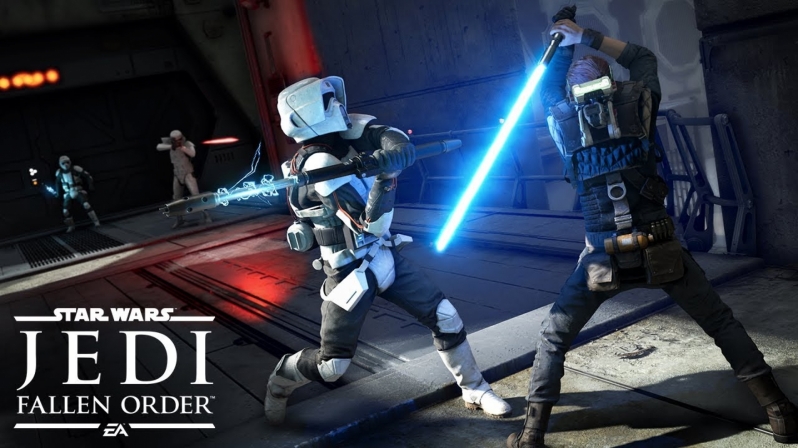 Respawn Entertainment is currently working on three new Star Wars game. One of these is the aforementioned sequel to Fallen Order, and the two others is a new Star Wars first-person shooter and the other is a new strategy game.

Star Wars Jedi; Fallen Order was easily one of the best Star Wars games to be released over the past decade. Let's hope that Respawn can continue to deliver great Star Wars content to gamers, especially given their increased workload.

You can join the discussion on Star Wars Jedi: Fallen Order 2 reportedly being a current-generation exclusive on the OC3D Forums.