Star Wars Jedi: Fallen Order to be revealed in April

Jedi: Fallen Order may get a gameplay reveal before E3

Star Wars Jedi: Fallen Order to be revealed in April

It has been confirmed that Respawn Entertainment, the developer behind Apex Legends, will be hosting a special panel at the annual Star Wars Celebration, which takes place this April in Chicago. Here, the developer will "pull back the curtain" on their highly anticipated Star Wars title, revealing "never-before-released" details about the game.

At this time it is unknown whether or not gameplay will be shown at the event, though it seems likely. Right now, Jedi: Fallen Order is set to release in fall 2019, though the game has no firm release date.

The game follows a Jedi Padawan in the aftermath of Order 66, who embarks upon a journey which will explore much of the galaxy. The game takes place between Episodes III and IV, during a time where the Galactic Empire is finding its feet and the few remaining Jedi are being hunted and killed by imperial forces.  Respawn's special panel will take place on April 13th. 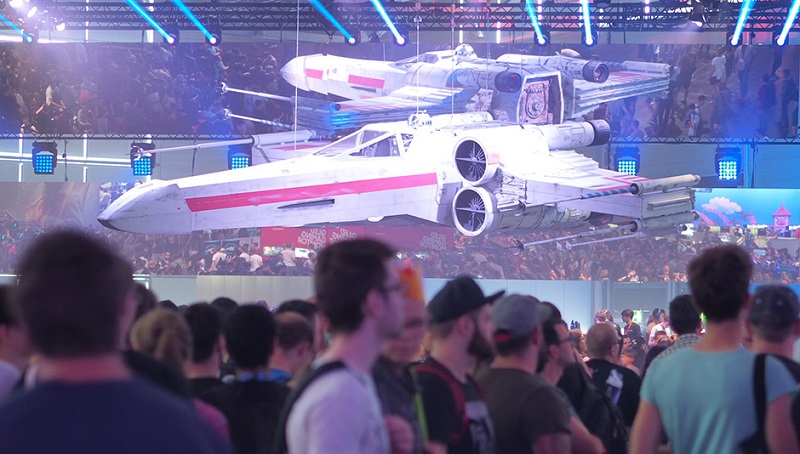 You can join the discussion on Respawn's planned Star Wars Jedi: Fallen Order Special Event on the OC3D Forums.

Dicehunter
I hope it turns out to be decent, I don't want another Battlefront fiasco, I really would like a proper lengthy single player game with no multiplayer and no MT's.Quote

Warchild
Quote:
Thats not gonna happen. Even if its just cosmetic things, they are still going to ram them down your throat.Quote

Greenback
Quote:
It's under EA you have no chance of that

WYP
I'm just hoping that this was long enough in development before EA purchased the studio for it to not be too EA. TBH after Battlefront, they need a no-nonsense Star Wars game. I'm hoping that this is it.Quote
Reply