Steam no longer accepts Bitcoin as a method of payment

Steam no longer accepts Bitcoin as a method of payment

In their latest Steam Blog, Valve has confirmed that the company will no longer be accepting Bitcoin as a method of payment, citing increasing transaction fees, pricing volatility and difficulties when refunding users as reasons why the currency is no longer a payment method on Steam.

The value of Bitcoin can change drastically on a daily basis, making it difficult to use as a payment method for goods as once the required transactions are complete the value of the currency could have changed completely. Compound this with increasing transaction fees and Steam could go underpaid for the goods they provide, making Bitcoin almost useless as a stable form of currency.

Valve has also stated that Bitcoin transaction fees have increased by as much as 200x since Bitcoin was introduced as a payment option on the platform, resulting in unreasonably high costs when purchasing games or other media when using the currency on Steam.

Below is Valve's full statement on Bitcoin's removal from the Steam platform.

As of today, Steam will no longer support Bitcoin as a payment method on our platform due to high fees and volatility in the value of Bitcoin.

In the past few months we've seen an increase in the volatility in the value of Bitcoin and a significant increase in the fees to process transactions on the Bitcoin network. For example, transaction fees that are charged to the customer by the Bitcoin network have skyrocketed this year, topping out at close to $20 a transaction last week (compared to roughly $0.20 when we initially enabled Bitcoin). Unfortunately, Valve has no control over the amount of the fee. These fees result in unreasonably high costs for purchasing games when paying with Bitcoin. The high transaction fees cause even greater problems when the value of Bitcoin itself drops dramatically.

The normal resolution for this is to either refund the original payment to the user, or ask the user to transfer additional funds to cover the remaining balance. In both these cases, the user is hit with the Bitcoin network transaction fee again. This year, we’ve seen increasing number of customers get into this state. With the transaction fee being so high right now, it is not feasible to refund or ask the customer to transfer the missing balance (which itself runs the risk of underpayment again, depending on how much the value of Bitcoin changes while the Bitcoin network processes the additional transfer).

At this point, it has become untenable to support Bitcoin as a payment option. We may re-evaluate whether Bitcoin makes sense for us and for the Steam community at a later date.

We will continue working to resolve any pending issues for customers who are impacted by existing underpayments or transaction fees. 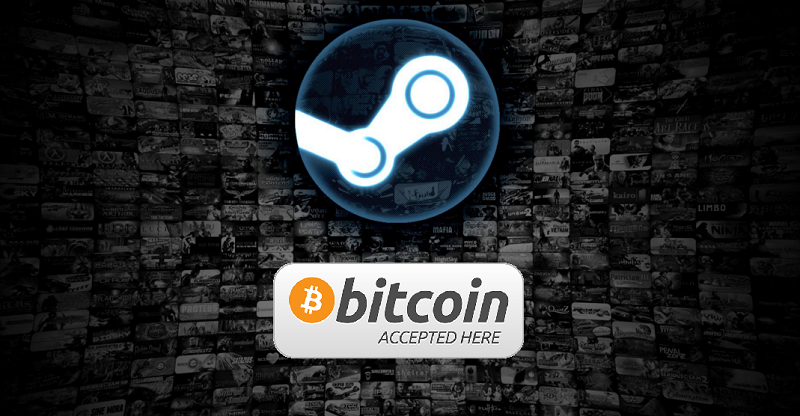 It will be interesting to see if any other digital retailers drop support for Bitcoin over the next few weeks or months, especially if transaction fees continue to become more expensive. A single Bitcoin is currently worth over $12,000, with many expecting the currency to become more valuable in the coming days/weeks.

You can join the discussion on Valve dropping support for Bitcoin on Steam on the OC3D Forums.

wozza365
I think they'll eventually move onto a different coin. Bitcoin has a lot of different issues in the technology itself, such as the long processing time and fees that other coins have been developed to solve. It was the first, which made it the most popular. But eventually a more suitable coin will take over.

I hope this doesn't set back the adoption of blockchain technology, since its one of the best inventions in years.Quote