Steam users can now own over 25,000 games without crashing

Most PC gamers have a pile of shame, games that they bought and never finished and sometimes games or DLC packs that were never played. Now, Valve has updated Steam to fix a rare crash that impacts owners of over 25,000 games, allowing your pile of gaming shame to become unconquerable.

Before Steam's May 17th update, it was possible to own too many games on the platform, as owners of over 25,000 games could experience a rare crashing issue. While it is possible that this bug only existed within Steam test accounts, the analytics site Steamladder has revealed that three public Steam profiles have passed the 25,000 game threshold.

As it stands, Steam has over 51,000 games on its storefront. In 2020 alone, Steam added over 10,000 games to its service. Within a few years, Valve is likely to have over 100,000 games on its Steam client. Even so, most PC gamers are unlikely to ever own over 25,000 games, even if they are fans of large game bundles from places like Humble or Fanatical. 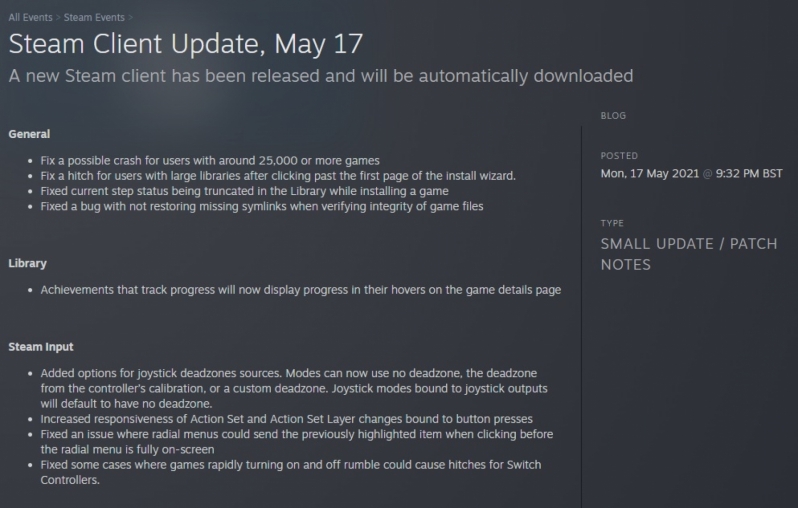 You can join the discussion on some Steam users having too many games on the OC3D Forums.

Wraith
455 in my Library so I'm not going to see crashes anytime soon.