Move games to and from your SSD with ease.

With Steam's UI changes, it is clear that this design is made to scale from large TV screens down to the screens of handheld devices. In case that wasn't clear enough, this redesign is part of Valve's moves towards its handheld Steamdeck gaming system. This is part of Steam's new handheld/PC user experience.

Starting with the Storage Manager, we can see simple game installation and uninstallation options and an easy way to move games to and from different storage drives. This will be hugely important when Valve's Steam Deck launches, where handheld PC gamers will be expected to move games away from SD cards and onto the device's onboard storage on a regular basis.

Using this new UI, it is easier than ever to manage your Steam collection. It is now easy to move less regularly played games away from your fast SSD storage or move games quickly from your HDDs and onto fast SSD storage. Game transfers have never been this easy on Steam. 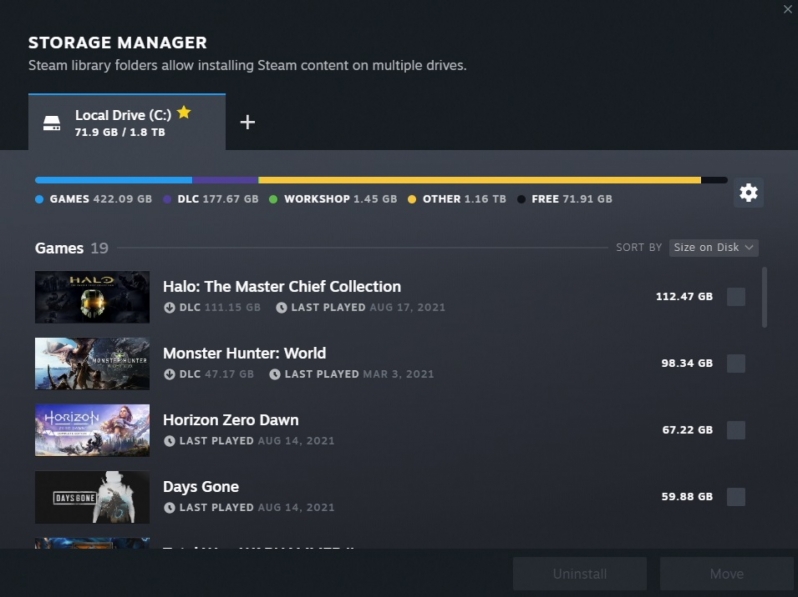 Alongside Steam's new Storage Manager is the client's new download page, which has been redesigned and offers more useful information. When new patch notes are available for a game, you can read those patch notes through Steam as the patch downloads (if the developer has released patch notes).

Valve's new download page also showcases how large downloads will be and how much storage those files will be installed onto. This is especially important to patches, as small 1GB updates can often impact 20+GB of game files.

Together, these changes to Steam's downloads page and Storage Manager make the client easier to use and a lot more visually appealing. These changes will have the largest impact on gamers who use multiple storage devices and frequently move games from one storage medium to another. 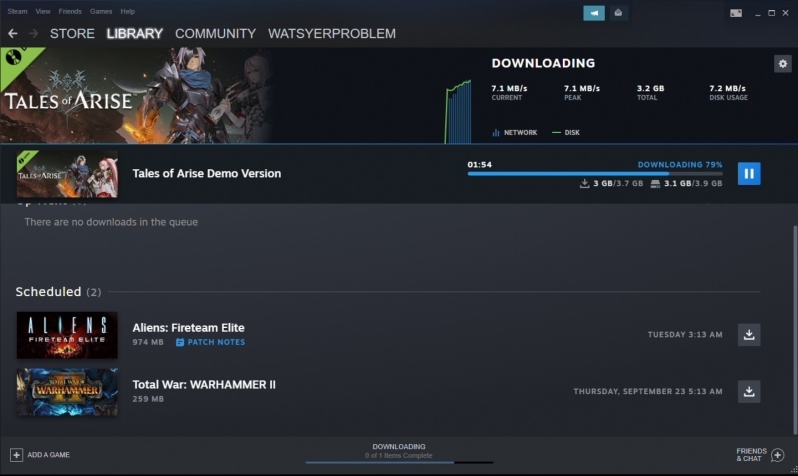 You can join the discussion on Steam's new Downloads Page and Storage Manager on the OC3D Forums.