Now's the time to catch up on some Star Wars classics

Star Wars day is coming, and Valve is already celebrating by launching their Star Wars Day game sale on Steam, offering most Star Wars titles on the platform at a discounted rate. That said, Lego Star Wars: The Skywalker Saga remains at its full retail price, as should be expected from such a recently released title.

Have a look at Steam's other Star Wars gaming offers here. Happy gaming, and May the 4th be with you.

You can join the discussion on Steam's Star Wars Day sale on the OC3D Forums. 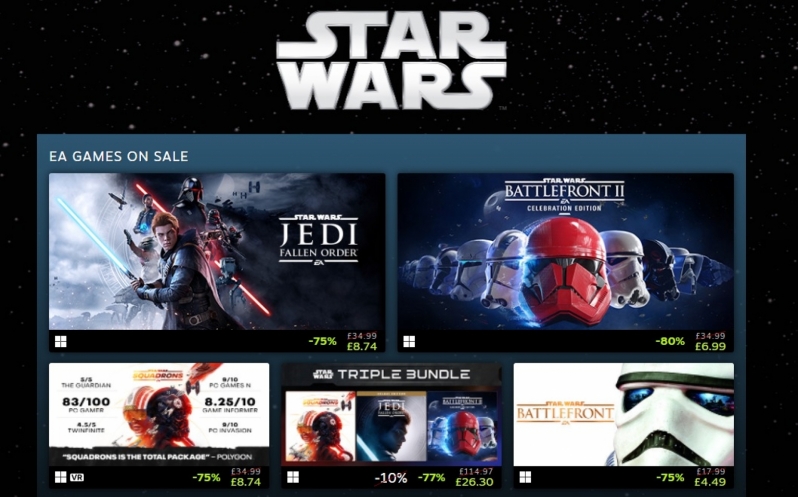