Valve's Steam platform is continuing to grow in popularity

Over 27 million PC gamers were on Steam last weekend

Valve's Steam platform has a new concurrent users record, with over 27 million users logging in over Thanksgiving weekend. In total, Steam had 273,385,025 users online. Previously, Valve's peak concurrent player count as 26.9 million, which was achieved in April.

These record player counts came during Steam's Autumn sale, and during a major holiday period within North America. On top of that, recent months have seen the launch of many popular new PC games on the platform, such as Naraka: Bladepoint, New World, and MIR4. 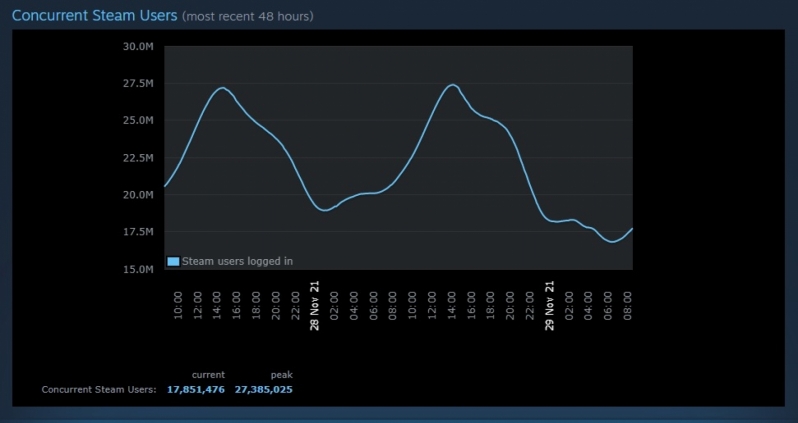 Over he weekend, Counter-Strike: Global Offensive remained as Steam's top title with over 800,000 concurrent players. DOTA 2 was second with over 650,000 players and PUBG achieved player counts of 240,000.

You can join the discussion on Valve's Steam platform setting new concurrent user records on the OC3D Forums.