Pinkerton Consulting and Investigations have also dropped their claims

Players of Rockstar's Red Dead Redemption 2 should be well aware of the Pinkerton Detective Agency, the historical organisation which acts as antagonists against the game's core cast of criminals.

While the Pinkerton Detective Agency is a real-world organisation, the company exists to this day under the name Pinkerton Consulting & Investigations, and they are not fond of their portrayal within Rockstar's western gaming epic. In late 2018, Pinkerton Consulting and Investigations sent a cease and desist letter to Take-Two Interactive, Rockstar's parent company, hoping to receive a settlement from the company over their use of Pinkerton's trademarks.

Several key sections of Red Dead Redemption 2's plot centres around the Pinkerton Detective Agency, being referenced throughout the game with their detectives being present during several major plot points. Rockstar Games defended itself by saying that Red Dead Redemption 2 is a "historically accurate videogame set in the Wild West in the late 1800s", a time when the Bureau of Investigation, a precursor to the modern-day FBI, wasn't formed. During that era, organisations like the Pinkertons were contracted by the government to detect and prosecute those who were guilty of violating federal laws.

Red Dead Redemption 2 is said to use the historical Pinkerton National Detective Agency and its agents to help accurately portray the 19th Century American Landscape that the game recreates.

Take-Two has confirmed that they have dropped their lawsuit against Pinkerton Consulting and Investigations, as Pinkerton has withdrawn their complaints against Take-Two and Rockstar Games.

Take-Two can confirm that the present day Pinkerton Consulting & Investigation company has withdrawn its claims against Red Dead Redemption 2, and Take-Two will not continue legal action against Pinkerton. Red Dead Redemption 2 is a work of fiction set in the late 1800s that references historical entities active during that time. 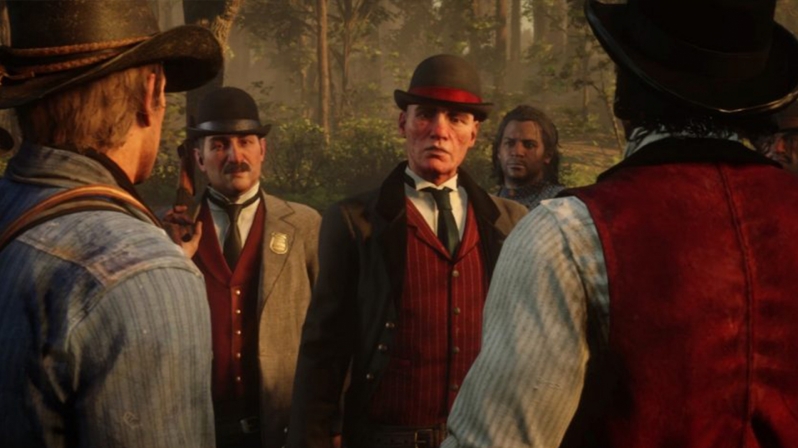 In our eyes, Pinkerton didn't have a leg to stand on in this legal battle, as the organisation has been referenced frequently in the media in songs, movies and video games. The company's Wikipedia page includes an "Appearance in popular media" section, and it is worth noting that the original Red Dead Redemption appears in this list, an inclusion that didn't spark any controversy when the game released in 2010.

You can join the discussion on Take-Two/Rockstar Games dismissing their lawsuit against the real-world Pinkerton Detective Agency on the OC3D Forums.