Yesterday, Team17 revealed its "environmentally friendly" MetaWorms NFT project, an announcement that immediately recieved a backlash from the company's fans and developers alike.

Ghost Town Games, the developers of Overcooked, and Aggro Crab Games have released statements that are strictly anti-NFT, with Aggro Crab going so far as to "condemn Team17's decision to produce and engage with NFTs". Aggre Crab has also stated that they "will not be working with them [Team17] on further titles".

Now, Team17 has announced the end of their MetaWorms NFT project, stating that they have listened to their team, development partners, and games communities. In less than 24 hours, Team18 has announced and backed away from NFTs.

Team17's attempt at NFT monetisation failed miserably, with gamers seeing through the buzz words and seeing the project as the needless money-grab that it is. The "MetaWorms NFT Project", the merger of the Worms brand with the "Metaverse" and "NFT" buzzwords, should be seen a little more than a cash-in for their Worms IP. What's most indefensible about this project is that it doesn't benefit gamers in any tangible ways.

This is not the first time that a developer has u-turned on planned NFT projects, with GSC Game World famously backing away from its Stalker 2 NFT plans last year.

You can join the discussion on Team17's NFT U-Turn on the OC3D Forums. 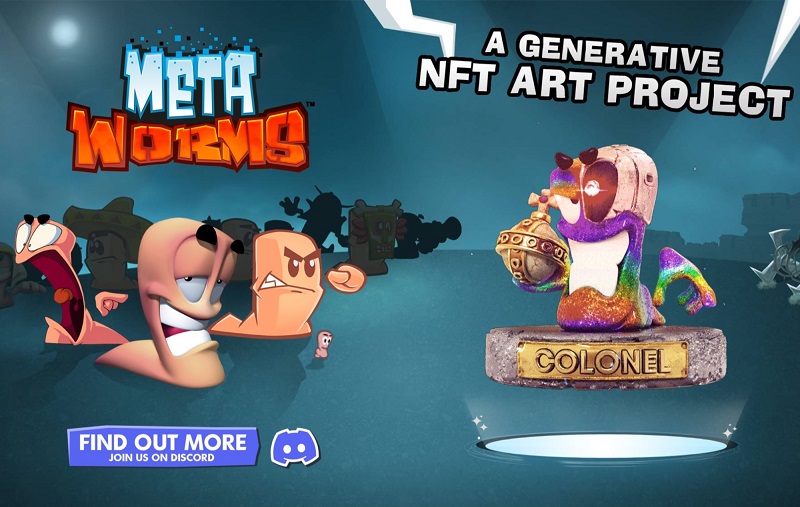 "In less than 24 hours, Team18 have announced and backed away from NFTs."

Also serves them right for doing this, NFT needs to die asap.Quote

demonking
Perhaps i have misunderstood the technology but i thought all NFT's were just a cash grab?Quote

grec
Quote:
The technology of NFTs is essentially just a receipt system stored in the form of public distributed database commonly referred to as a blockchain. There's some valid use cases, but they can't do anything that a receipt system on a traditional centralised database couldn't already do, they'd just do it with more fault tolerance and persistence.

However yeah in practice, most NFTs are just used for quick cash grabs. The first major primary use of NFTs was essentially just recreating the traditional art market in a digital form via these receipts (Traditional art is often also traded in paper only, with the art itself often never physically moving or changing hands or being seen in person), and the traditional art market and gallery scene is rife with corruption, theft/counterfeiting, money laundering, quick cash grabs, and more, and this is all true (but on crypto steroids) for the NFT version of the market too.Quote
Reply