Expect to hear more about the game soon

Techland has issued their first Dying Light 2 update in over a year, confirming that the game is still in development and that the studio will have more to show gamers very soon.

Sadly, Techland's update is not as substantial as many fans were hoping for, revealing relatively few details about the game while showcasing around 15 seconds of new footage for the game. The bulk of the video is comprised of developers reading angry Tweets from the game's fanbase and asking for continued patience.

Towards the end of the video update, the number 2021 is displayed prominently, suggesting that Dying Light 2 is targeting a 2021 release date. That said, Techland never stated that the game would release in 2021. Techland displayed the number 2021 with no context...

Techland confirmed that they would be discussing Dying Light 2 in more detail soon, suggesting that a larger showcase for the title is coming. This will likely occur this summer when events like E3 and its digital alternatives will be in full swing.

Below is a transcript from Techland's Dying Light 2 development update.

Ok, everyone, we’ve got a message. We understand you are curious about the game because you want Dying Light 2 to be as good as you have imagined and maybe you are even a little impatient because you have waited a long time for any news or updates.

This is a huge and complex project and we needed time to make sure it will live up to our vision. All of us here are putting our hearts into delivering a game that you will keep playing for months. We’ll be ready to start talking about Dying Light 2 very very soon. The whole team needs your trust and support as this is what motivates us, especially now when the circumstances are hard for everyone. We are proud of having such devoted fans as you no matter how you express your feelings.

Dying Light 2 is due to launch on PlayStation 4, Xbox One, PC, Xbox Series X/S and PlayStation 5. Right now, it looks like Techland are targeting a 2021 release date.

It’s been 15 years since humanity lost to the virus.

The last great human settlement exists within an unforgiving, infected world, plunged into a modern dark age. During the day, bandits, factions and starving survivors roam the streets scavenging for scraps - or someone to take them from, by violence if necessary. At night the infected roam free, evacuating their dark hideouts to prey on the living.

You are Aiden Caldwell, an infected survivor. Your exceptional agility and brutal combat skills make you a powerful ally and a valuable commodity in this dangerous world. You can achieve things no one else can. Enter places no one else dares. With your unique abilities you have the power to be an agent of change within this decaying metropolis.

The fate of the city is in your hands. 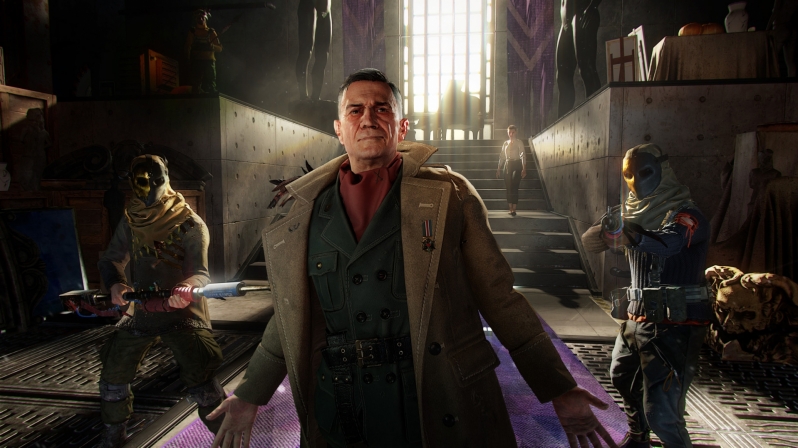 On PC, Dying Light 2 is due to release on Steam. No release plans have been announced for alternative PC storefronts.

You can join the discussion on Techland's Dying Light 2 development update on the OC3D Forums.