Tesla's CEO, Elon Musk, has revealed plans to demo "Steam integration" within their high-tech vehicles in the near future, stating that the company plans to showcase a "demo" of the function "probably next month".

Currently, gaming is possible through the Tesla Arcade, a service that supports a limited selection of games on Model S and Model X vehicles. At this time, it is unknown how Steam will be integrated into Tesla's vehicles, though it is possible that the vehicles will utilise a form of SteamOS, giving Tesla vehicles access to the same library of content as Valve's Steam Deck handheld. 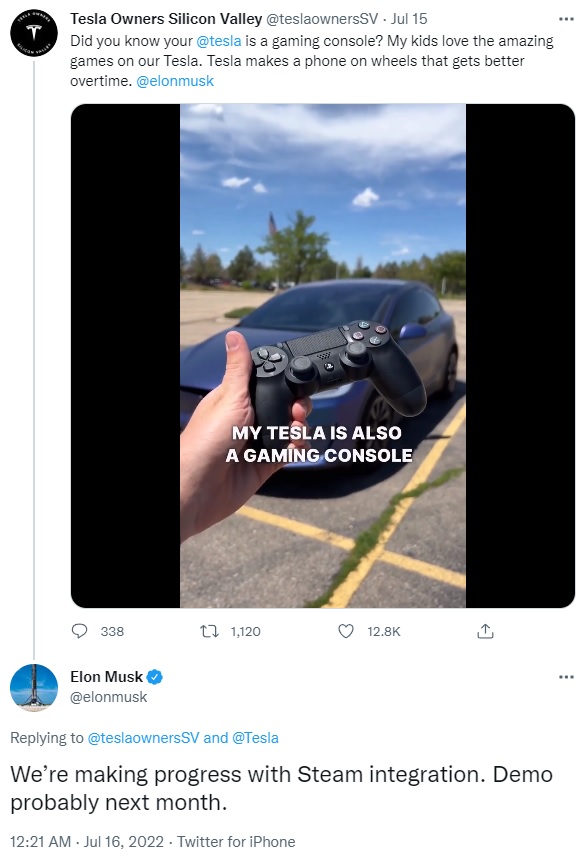 With Steam integration, Tesla owners should be able to play games like Elden Ring, God of War, and Dying Light 2 while on the road. That said, limitations will likely be put in place to prevent drivers from gaming on the road.

You can join the discussion on Tesla's planned Steam integration for its vehicles on the OC3D Forums.

KingNosser
Idk about anyone else, but steam is an app hardly ground breaking to add it to a device and make a fuss about it.Quote
Reply