Nvidia's DLSS (Deep Learning Super Sampling) technology is a resolution enhancement feature that is designed to deliver near-native levels of image quality and higher framerates to users of Nvidia's RTX series graphics cards. For Nvidia GPU users, this feature allows gamers to achieve significant framerate boosts when playing supported titles on their systems, especially if they are targetting high resolutions like 4K.

Thankfully, gamers without ray tracing compatible hardware will not be able to utilise either of these advanced features. That said, Game Pass subscribers with the latest graphics hardware are annoyed that they cannot play The Ascent with all of the game's graphical features enabled.

Neon Giant Games has confirmed that they are currently working to address the issue, stating that the studio needs to create a new Microsoft Store build of the game that will deliver parity between the games PC versions.

Right now, the Steam version of The Ascent is the only version of the game that supports ray tracing and DLSS, with ray tracing being absent from the game's Xbox Series X/S and PlayStation 5 versions.

You can join the discussion on The Ascent's Xbox Game Pass for PC version lacking support for Ray Tracing and DLSS on the OC3D Forums. 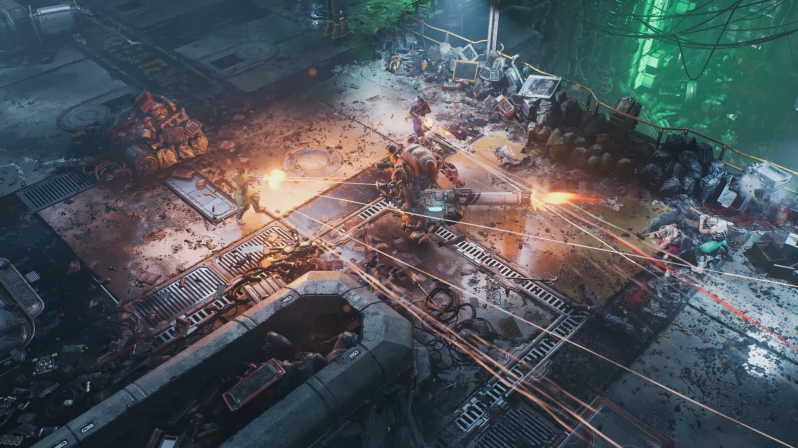 VladyCzech
After playing about 8 hours I can recommend this game. It it's one of the best games I played since Cyberpunk 2077 and one of the best looking games ever made. And it is almost bug free in compare to other recent game launches.


RTX is beautiful but not necessary to enjoy the game. My RTX 3080 is crying in 4K, RTX ON, HDR and DLSS performance mode. And my eyes cry from the neon lights displayed on OLED TV :-)Quote

Warchild
Really good game, but runs AWFUL on XBGP. I have it on both steam and XBGP and Steam is not only more feature rich with GFX but runs smoother on same settings as I try in XBGP.

I strongly suggest you disable overlay because if you are in combat and get an achievement. The achievement pop up will slow your game down to 5fps until the pop up is gone. Chances are you will die.Quote
Reply