The Coalition, the studio behind the Gears of War franchise, will be showcasing Unreal Engine 5 (UE5) at GDC 2021 with their Alpha Point tech demo, highlighting the potential of the engine on Xbox Series X and Xbox Series S.

As a Microsoft-owned studio, The Coalition's deep dive into Unreal Engine 5 will not discuss Sony's PlayStation 5 console. That said, this tech demo will showcase what will be possible when Unreal Engine 5 is used with next-generation gaming systems using Nanite assets and UE5's Lumen lighting system.

The gaming market is still in its cross-generation stage, which has prevented most developers from fully utilising the capabilities of Xbox Series X/S, PlayStation 5 and modern PC hardware. GDC 2021 should showcase to the world what will be possible on the latest gaming systems and give both gamers and developers a clear idea of what to expect from the latest generation of gaming systems.

Note that Alpha Point is not a gameplay demo for an in-production title from Xbox Games Studios. Alpha Point is a tech demo that showcases the capabilities of Unreal Engine 5 on Xbox Series X/S systems, so don't expect Alpha Point to become a real game anytime soon.

Catch the public debut of Alpha Point, a UE5 technical demo created by The Coalition to evaluate UE5 on the Xbox Series X/S. Hear what the team learned as they tested internal Nanite assets in Lumen-driven lighting scenarios, as well as their thoughts on how UE5’s performance and memory stacks up in Xbox Series X and S-style production environments.

The Coalition plans to showcase its "Alpha Point" Unreal Engine 5 Tech Demo at GDC 2021 at 1:20 PM PDT on June 20th. Below is a screenshot that Epic Games has released from the demo. 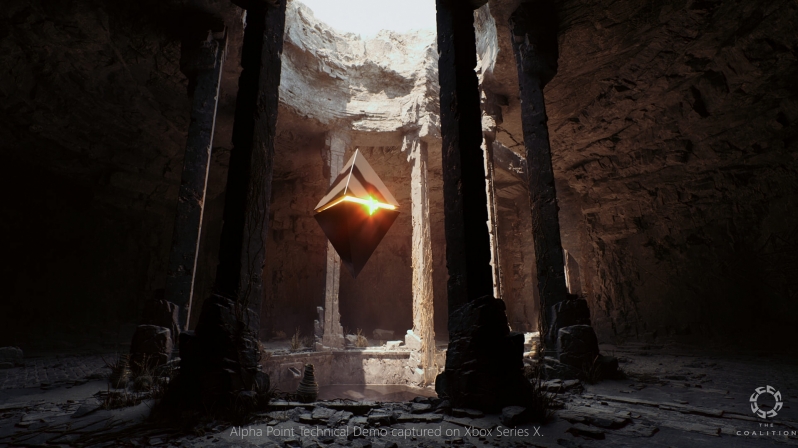 You can join the discussion on The Coalition's plans to showcase Unreal Engine 5 at GDC 2021 on the OC3D Forums.

Dicehunter
Speaking of the Coalition, I wish they'd release Gears 2, 3 and Judgement on PC.Quote
Reply