PlayStation 3 Classics are now playable through emulation on PC

PlayStation 3 emulation on PC is evolving, and RPCS3 has quickly become one of the best emulators available. This week, the RPCS3 emulator was updated to make the entire Sly Cooper trilogy playable through the emulator, allowing all four games to be playable at 4K 60 FPS on PCs.

With Sony refusing to work on backwards compatibility beyond PS4 compatibility with their PlayStation 5 console, it is up to the emulation community to preserve the legacy of Sony's classic consoles. All PlayStation 3 consoles will inevitably fail, and without official backwards compatibility from Sony, the increasing rarity of PS3 hardware will make many older games incredibly difficult to play.
The first three Sly Cooper games are now fully playable through the emulator without patches or modifications. However, Sly Cooper 4 benefits from a game-specific MLAA patch that fixes the game's resolutions scaling and boosts the game's performance. All 4 games can be played at 60 FPS framerates on PC, delivering gamers a smooth gameplay experience. Gameplay from the RPCS3 Team is available to view below.

After "PPU LLVM Java Mode" was discovered to fix Sly 2's game-breaking black screen issue and Sly 3's disappearing body parts on character models, the setting was enabled by default making both games playable! (If you have an existing custom config for the game, enable the setting on advanced tab)

Sly 4 saw a performance uplift over the years and from the MLAA patch which also fixes resolution scaling. And was made playable after confirming the games stability issues were resolved. Sly 1 on the other hand has been playable since 2018. Velocity also fixed the black character outlines on all Sly games when using resolution scaling.

IMPORTANT: All Sly games require RPCS3's Frame limiter set to 60fps. Sly 1-3 speed up when FPS goes over 60, and Sly 4 has inconsistent button input registration above 60fps. This may change in the future if the community makes patches within RPCS3's Patch Manager, located via the Manage drop-down in RPCS3's interface where you can also find the MLAA patch for Sly 4.

The footage below was recorded on a PC with an AMD Ryzen 9 5950X processor. However, the team behind the emulator has stated that Intel's i9-9900K and AMD's Ryzen 7 5800X deliver similar performance levels.

Through emulation, the Sly Cooper franchise is now best played on PC. With support for 4K resolutions and steady 60 FPS framerates on PC, the RPCS3 emulator can deliver stronger visuals and (possibly) more consistent performance than the game's PlayStation 3 versions.

You can join the discussion on the Sly Cooper Franchise being playable through the RPCS3 PlayStation 3 Emulator on the OC3D Forums. 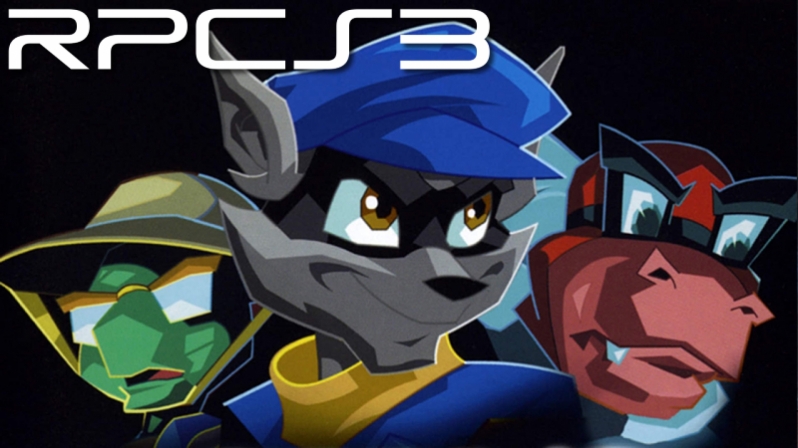 Peace Đ
Good stuff. This topic made me lookup compatiblity/playability for God of War 3 and Ascension. Sadly both have issues, but the two collections of the older games seem to work fine!Quote
Reply