The Ethereum Merge is finished - GPU Mining is Finished

Today is a good day for PC gamers

The world's second largest cryptocurrency, Ethereum, has successfully completed its move from Proof of Work (POW) to Proof of Stake (POS), cutting back on the computational/energy demands of the cryptocurrency while effectively killing cryptocurrency mining on graphics cards.

Ethereum's switch to POS started on September 6th with the blockchain's Bellatrix upgrade, and now the switchover is complete now that the Terminal Total Difficulty Point has been pass. Ethereum's long delayed switch to POS has finally happened, which means that cryptocurrency miners can no longer mine the currency using graphics cards.

According to Ethereum's creator, Ethereum's merge will decrease the mining energy for th4 cryptocurrency by 99%, resulting in a global drop in electricity consumption of around 0.2%. That's enough power to keep the world's top five cities operating, highlighting the insane amounts of power the cryptocurrencies have been using to operate.

What does this mean?

Before the switch to POS, Ethereum operated on a Proof of Work (POW) model, where computers around the world would complete computational puzzles to add new blocks to the Ethereum Blockchain. As the blockchain got larger, this task became more computationally intensive. This was an incredibly inefficient system, as multiple miners could work on the same block and only one of them could finish it.

With the more to Proof of Stake (POS), miners/validators put up their Ethereum at collateral. This system is designed to up around 99% less energy than Ethereum's older POW model, making the cryptocurrency less energy intensive while making Ethereum mining/validation a lot harder to get into.

For PC gamers, the move to POS is great news. Ethereum miners will no longer be competing with PC gamers to acquire graphics cards. Ethereum mining was the primary cause of the world's GPU supply issues over the past few years, and with Ethereum's move away from Proof of Work, mining related demand for graphics cards has evaporated. 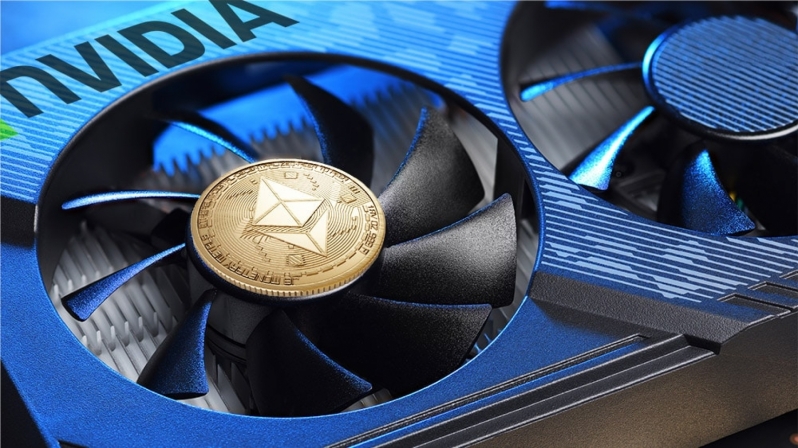 With Ethereum mining being effectively killed off by today's merge, PC gamers can now rest assured that Ethereum mining-related GPU demand is a thing of the past. This will help to push down the value of graphics cards, as they can no longer be used to profit from mining cryptocurrencies (at least for now).

You can join the discussion on the Ethereum Merge effectively killing off GPU mining on the OC3D Forums.

Bagpuss
Quote:
Until someone comes up with another GPU based Crypto Ponzi Scheme, that sets it all off again.Quote

KingNosser
Ebay is getting flooded in cards happy hunting

Warchild
I like the idea that Proof of Stake reduced Ethereum energy consumption by 99.95%

ET3D
Quote:
A main drawback in PoW is that it becomes less efficient the more computing power is put into it. So when I see "99.95%" I think "only 99.95%?" Could have been more.Quote
Reply