For the next two weeks, the Humble Cities Skylines Bundle will be giving PC gamers their next fix of City-building action for a bargain price, offering gamers the base game for as little as £1 and up to 11 DLC packs for £14.50.

Cities Skylines supports Windows, Linux and macOS, making the game playable on every major PC operating system. Every game code within this bundle will be redeemable on Steam, making Cities Skylines extremely easy to access.

By default, 65% of this Bundle's proceeds go to Paradox Interactive, 15% goes to charity and 20% goes to Humble. These values can be changed based on user preference.

Below are what's included in each tier of the Humble Cities Skylines Bundle. 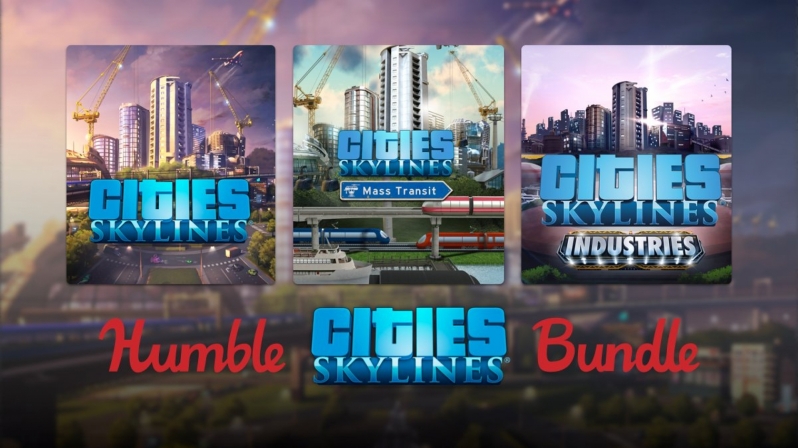 You can join the discussion on the Humble Cities Skylines Bundle on the OC3D Forums.

Greenback
That's not a bad deal considering it has 6 of the latest game addon packs, not bad if you don't already own the gameQuote

WYP
Quote:
I'll probably buy this, as those Expansions costed about £12 each new. Love Cities Skylines, but its a massive time sink.Quote

Greenback
Quote:
Snowfalls not to bad but limiting as it's not all maps, Natural disasters is something interesting now and then but not something you'd want running every game. but the other's are useful and add a variation in game playQuote
Reply